Advertisers in Chicago, Los Angeles Get a Pitch Before the Sales Pitch
READ THIS NEXT
Discord offers creators ways to make money through subscriptions

YouTube's upfront is nearly two months away, but the video service is giving advertisers a sneak peek at what's to come at events in Chicago and Los Angeles.

More than 200 people were in attendance as YouTube previewed its "Brandcast" event on Monday evening at the Museum of Contemporary Art in Chicago, where the company said they're not going after TV's audience so much as doubling down on YouTube's core 18-34 demo.

Last year, YouTube brought in the likes of Jay-Z, Julia Stiles, Flo Rida and Virginia Madsen to lend some glitz to its funded "Original Channels," like WIGS and Nerdist Channel. In its Chicago preview of this year's Brandcast, YouTube focused on things that are already working, like Phil DeFranco's SourceFed, Marquese Scott, a Dubstep dancer who won more than 5 million views in a week, and the band Karmin as an example of the power of music on the service.

"This year we're focusing on the types of content that really resonates with our audience, such as comedy, music, and personal expression, and are helping advertisers reach across all this great content to connect with their most valuable audience," said Jim Lecinski, VP-sales and service at Google.

Other opportunities expected to be highlighted at YouTube's May upfront include sponsoring streaming live events. Mr. Lecinski spotlighted some of the live streaming events that have been successful for YouTube in the past, such as the Olympics and Felix Baumgartner's Red Bull Stratos jump as well as live music at Lollapalooza and the Coachella music festival.

On the ad front, YouTube will talk a lot about mobile and its' TrueView ad format, that gives users the ability to skip a commercial, even if the ad is not viewed in full. If the ad is skipped, the brand does not have to pay. TrueView has been around for a while, but the news here is Google claims not everyone is skipping, 15%-45% of YouTube viewers let the ads play, depending on the creative and the video.

Since YouTube's first upfront in New York City last year, "we've seen an influx of investors, creators, Hollywood entities and advertisers jumping into the platform," Mr. Lecinski said. "Our first Brandcast event allowed us to have a whole new set of conversations with marketers, talking to people who hadn't advertised on YouTube before, and doing bigger campaigns with existing marketers."

YouTube's own investments in content are well into the hundreds of millions: a $100 million first-year investment, $200 million in promotion on Google platforms announced last year, and a second round of new funding now underway.

Many in attendance thought YouTube got it right when they invested in content, but saw opportunities to improve.

Michael Leger, director-communications planning at Starcom MediaVest Group, said he thought YouTube created some quality content but fell down on the promotion. "It's going to take a lot for people to go from normal programming to watching YouTube on a regular basis," he said. "[They should] say 'Here's why it's on YouTube, here's why we invested, and here's why you should tune in.'"

Gustavo De Mello, SVP and Group Strategy Director at DDB Chicago, says he wouldn't be surprised to be talking about YouTube in the same sentence as the networks and cable channels within the next year.

"The democratization of content they provide is absolutely amazing and unique. I think they are the best platform for the small to become big. That, in my opinion, is different than anything else we've seen recently in any kind of media," he says.

"But for us as advertisers it's just another option," he continued. "The biggest difficulty for me as a strategist is, yeah, I know exactly what YouTube does. But it just becomes another option; not a different option." 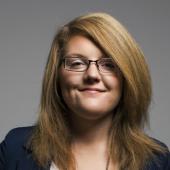 Shawna Lent
View all articles by this author