Measuring on Clicks Ignores the True Value of a Fan: Connection and Influence
READ THIS NEXT
You Can't Stop Instagram Bots by Looking. Brands Have to Stop Buying Them
Andrew Lipsman

At the outset, online advertising made a big mistake by deciding on the click as a measure of success. Unfortunately, it looks like we're about to do the same with social media.

Back in January, researcher Karen Nelson-Field of the Ehrenberg-Bass Institute ignited a debate over the value of Facebook advertising when she argued that marketers are wasting time talking to their fans – i.e. "heavy buyers" of the brand – because only a small percentage of them interact with the brand message. Instead she suggested that brands should be looking at other channels to attract "light buyers." 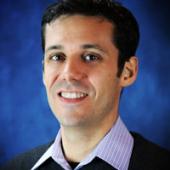 Andrew Lipsman
View all articles by this author