Six Predictions for Trends That Will Drive the Future of VR
READ THIS NEXT
You Can't Stop Instagram Bots by Looking. Brands Have to Stop Buying Them

There was a lot of talk at year end about the near future of virtual reality, just as there has been every year of this decade. Pronouncements are coming from both directions -- 2016 will either be the "year of VR" or … not. But what everyone can agree on is that VR is at a very exciting place right now, full of possibilities for creativity, new experiences and -- let's not forget -- profits.

What seems clear is that 2016 will be the year when we emerge from the chicken-or-the-egg standoff between VR headset manufacturers and content producers, both of which have been accused of waiting each other out in recent years before really committing to VR. In spite of this, both sides have made incredible strides with three much-anticipated consumer headsets debuting in the first half of 2016 -- the Oculus Rift, Sony's PlayStation 4 headset and HTC/Valve's Vive. While 2016 may not be the year when VR becomes as ubiquitous as the smartphone, it's likely that this will be the one that really sets the stage for the types of content we produce, where and when we see that content and the technology that we use to experience it.

A certain equilibrium is about to be reached. Here are some predictions for what will be driving the future of VR over the next 12 months:

1. 360 video provides immediate scale. VR and 360 are related, but they are two separate production and content approaches. When it comes to distributing VR content, it's important to take a holistic approach and leverage already popular 360 video players as part of the distribution plan. Analysts predict that consumers will purchase 14 million VR units worldwide in 2016. While that's a good launching point for the headsets themselves, it's only part of the story.

Since consumers can already easily experience 360 video in a variety of settings, including laptops and mobile phones, VR content doesn't need to be marketed solely toward those who own headsets or experience it as a sideshow at events. As the tens of millions of views on YouTube's #360Video channel can attest, there's a growing consumer interest in 360 video that shows no signs of subsiding. This should incentivize producers to take a holistic approach to creating VR content that can find an audience across platforms, whether or not we see a massive adoption of headsets this coming year.

2. Production costs will come down. For marketers, one of the turnoffs of getting into VR has been the return on investment. While the scale continues to increase and producers see better ROI, the cost of producing the content will fall as new production technology emerges, and as experimentation redefines the way we shoot 360 video. For example, Google/GoPro's Jump camera will significantly help to bring costs down through a quicker stitching process.

3. VR will change experiential marketing. Building big, custom installations at events can be a great way for brands to tell their story and connect with consumers, but it's expensive, labor intensive and temporary. Creating a memorable VR experience -- basically, an installation in a box -- that can easily travel from place to place is a way for brands to both streamline and maximize their experiential efforts. In 2016, we'll be seeing many more brands catching on to this fact, and they'll produce fewer giant, constructed experiential spaces at conferences and events.

4. Touch devices will change the game. With the release of the Oculus Touch and other touch technologies like Inc.'s Nod, 2016 will be the year that VR gets truly interactive for the consumer. The fuller experiences will inspire more consumers, and gamers in particular, to buy into VR, and will take content production to another level.

5. The profit potential will become clearer. VR technology has now evolved to the point where there's opportunity for many more businesses to jump into the game and take advantage of new revenue streams. A new market will begin to open up for headphone producers and accessories manufacturers, as well as production specialists like audio and set designers.

6. The entertainment potential will reach the next level. Gaming has long been the obvious direction for VR technology, and this will indeed be a huge year for VR gaming with the release of the PlayStation 4 headset. But we'll also be seeing innovation in the VR space for other entertainment genres. Sundance Film Festival will feature a slate of 30 VR pieces that span from narrative fiction to documentary and beyond, including an encounter with a blue whale and an immersive solitary confinement experience, showing the range of the medium's storytelling capabilities. Add to this the potential for live music and sports experiences, and we'll be seeing the beginning of massive changes in the way we're entertained.

While we'll likely still need to wait a few more years before we see full VR saturation, this year we'll gain a better understanding of what life will be like when that happens. Until then, we'll have a damn good time watching, creating and experimenting with the most exciting new medium that's come along in years. 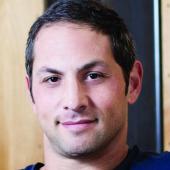 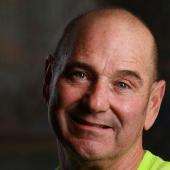