Why 2017 Will Be the Tipping Point for Native Mobile Advertising

Three years ago, the great prophecy came true: consumers used the tiny computers in their pockets more than the computers sitting on their desks. Seeing this trend, and responding to the necessity of reduced screen space, discovery platforms like Facebook redesigned their experiences and architected a stream-like format in which users could endlessly scroll on their little pocket computers. This design transformation became the best approach for quick content evaluation, and highlighted the new and surging value of ads that fit unobtrusively into the consumer's mobile experience.

With so much of their traffic coming through Facebook, publishers across the web began to adapt similar design traits for both content and monetization. As an aside, we'll probably see something similar happen around vertical video. But now, several years after the great scrolling shift, there's serious scale being built behind this new mobile environment. The derivative effects of the new mobile web are going to be major themes in 2017.

Why do I think the pump is so primed? To set the scene, there is not, as of yet, a clear winner in the space when it comes to distributed, mobile-native monetization. While Google, Facebook and Snapchat provide massive platforms for content discovery, the economic value is unilaterally extracted from publishers that seed content into those platforms.

While the celestial bodies will continue to have a big affect on the market, there is an unparalleled opportunity to change the fundamental gravitational forces of the mobile web. How? By being the first to nail the native monetization engine for the open mobile web.

There will be three major transformations in the native mobile space. They will form along the faultlines of form, function and adtech.

1. Form. The future is upon us: augmented reality (AR) is the fastest growing format on the web. In 2016, over 220 million people saw friends turning their heads into tacos on Cinco de Mayo through Snapchat, and it was awesome. Millennial consumers are highly conditioned to expect and use AR in mobile environments through Snapchat, Pokemon Go and Musical.ly. In 2017, marketers must recognize AR as one of the best ways to natively engage certain demographics.

2. Function. There will be a breakout winner for connecting offline and online activity. Most likely this will use embedded, native visual or audio signatures. It will be considered a necessity in 2017 to have embedded calls-to-action that rely on mobile devices. Snapchat and Shazam are ideally positioned to become the default utility in this space.

3. Adtech. Similar to the consolidation of the programmatic space in desktop environments, there will be continued consolidation and breakout players in the programmatic space. Companies like Google (AdMob) and Twitter (Mopub) will continue to define their unique value in the market and box out or buy up the remaining competition. Of course, we'll have a few horses in this race as well.

In 2016, we figured a lot out with mobile and advertising in general. But 2017 will be the year when it all comes together. Naturally, as someone on the business side, I'm excited to see what comes next for mobile native. But I'm even more excited as a consumer to see what cool experiences will come out of these innovations -- how my own purchase journey can become more seamless; how the ads I watch will be more relevant or less intrusive. Overall, these advances should be leading us to a less interruptive, smoother mobile experience, so it's high time we leave 2016 behind once and for all. 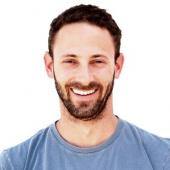 Robert Leon
Robert Leon is head of AOL Publisher Product Commercialization and Product Solutions.
View all articles by this author