These Myths About Necessary Strategies Will Hinder an Effective Campaign
READ THIS NEXT
You Can't Stop Instagram Bots by Looking. Brands Have to Stop Buying Them
Chad Gallagher

If "following the money" gives a pretty good indication of where an industry is trending, then mobile marketing has more than just "arrived." Mobile budgets surged 142% between 2011 and 2013, according to a recent Interactive Advertising Bureau survey of 300 brand marketers. But a few inevitable misconceptions have taken hold at the same time, getting in the way of smarter and more successful campaigns. With this in mind, let's bust a few myths:

Consumers primarily use their mobile devices on the go. Fueled by the media focus on location-based advertising, in-store apps and now Apple's iBeacon tech, one of the biggest myths about mobile marketing is that it's all about reaching people on the go. But when AOL Networks and the University of Virginia School of Engineering and Applied Science conducted an in-depth study of how consumers engage with content across multiple devices, they found that most mobile ad impressions weren't being delivered while device users were out and about. Rather, a whopping 75% of all mobile impressions were viewed within the home. So if you want to reach mobile audiences on a large scale, a campaign that targets users on the sidewalk outside of Macy's may not (yet) be your best bet.

Consumers will buy on mobile only if the response required is simple. For too long, marketers have assumed that the only responses they could expect from a mobile campaign are basic actions, such as "click to call" or "click to download." At its face, this seems reasonable: Are people going to bother with navigating 15 fields and entering their credit card info to purchase a sweater on a smartphone when they could do it more easily on a desktop? It turns out that they do indeed bother to do that, and often. The AOL-Virginia study found that nearly one-third of digital conversions across travel, retail, automotive and telecom occurred on a mobile device. IBM just reported that mobile transactions accounted for about 26% of total online sales on Thanksgiving and nearly 22% on Black Friday.

My mobile campaign must be a great success -- it's getting tons of views/downloads/clicks. Plenty of vendors love to crow about how many impressions they are generating for clients. But in mobile, more is not always better. Yes, large scale is important, but it can be misleading without accurate data about who is being reached, when and what happens next. Millions of impressions for an ad appearing on Angry Birds may simply mean that you're hitting a whole lot of 4-year-olds who have commandeered their mom or dads' phones.

The same goes for app downloads. Got a retail app? It's better to invest $10 per download for 10,000 people who make over $100,000 a year and will use the app a few times a month to make a purchase than to spend $1 per download for a million people who never open their wallets. Be clear about what you are trying to accomplish and focus on results. (And, no, an impression is not a result.)

Longer visits mean better engagement. Another important variable is session depth, a measure of how many mobile pages a consumer has opened at a stretch. When we analyzed mobile data across a variety of retail campaigns, we found that engagement dropped precipitously after a consumer had been browsing on a mobile device for a while and had clicked on multiple levels of content. But ads viewed by consumers on the first few pages of content that they open during a session result in deeper engagement and higher conversion rate.

That should impact ad-placement strategies. Movie studios that targeted people visiting entertainment sites, for example, may get better results trying to reach audiences when they first fire up their smartphones to check morning headlines or e-mail. Strike the right balance between where and when. Impressions paired with great content will be wasted if the viewer is already deep into a web surfing session.

You need a mobile-only strategy. In a world where the lines between how people access, view and engage with content continue to blur, it doesn't make sense to develop a siloed mobile strategy or to rely too much on mobile specialists who can provide insight into only one aspect of the digital pie. We know that cumulative impressions are often required to realize a conversion. A consumer might view an ad on her mobile phone in the morning, and see one on her desktop at work before making a purchase on her iPad that night.

As mobile marketing continues to evolve, growing pains are inevitable. The marketers that learn to separate myths from reality will come out ahead.

ABOUT THE AUTHOR
Chad Gallagher is director of mobile at AOL Networks. 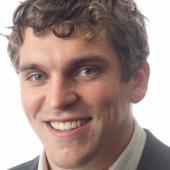 Chad Gallagher
View all articles by this author