READ THIS NEXT
You Can't Stop Instagram Bots by Looking. Brands Have to Stop Buying Them
Credit: Daniel Berman/Bloomberg

The other day I received a voice notification that my Amazon order for Vitamin D pills (getting ready for a Portland winter) had shipped and was en route to my home. It was a simple gesture that was also communicated via email. But for someone who sends billions of notifications a day, the voice alert got my juices flowing because it represented an exciting future that's starting to come into view. After years of science fiction exposing us to the idea of voice-powered apparatus, we finally live in an era where smart speakers such as Amazon Echo, Google Home and other devices (like Apple's forthcoming HomePod) are at our beck and call to deliver news, music and movies in one moment and then, a few seconds later, change the temperature of our living room.

And get ready for more notifications. In November, Amazon revealed that it will now let Alexa Skill developers alert a consumer using notifications, and eventually permit them to build skills that identify individual voices. While the new developments seem to have game-changing potential, the historical evolution of the notifications space deserves mention because the details can serve as a guide to what's ahead.

When the iPhone hit the market in 2007, the info-distribution paradigm for commercial entities started to move away from websites toward mobile apps. With the advent of voice apps syncing with AI-powered devices, we are now about to experience something similar. The reach of this revolution will be practically ubiquitous, entailing our cars, home appliances, chatbots and gaming consoles, and incorporating sensors in public spaces, mixed-reality marketing and other mobile experiences. Voice will be at the center of this massive shift. After all, 45 million voice-assisted devices are currently in U.S. households, according to eMarketer, and that figure will rise to 67 million by 2019. I believe the estimates are conservative, and we'll see such forecasting numbers rise after Amazon and Google's device-based holidays sales come in during Q1 2018.

And just as smartphone apps have offered push notifications for some time to make relevant information immediately available to consumers, we'll now see voice notifications increasingly become a part of our personal lives, as well as brand marketing. There's palpable industry buzz among major publishers like AccuWeather and The Washington Post, which are already pinging listeners with voice notifications.

The truth of the matter is that marketers of all stripes likely have a ton of homework to do before being truly ready for anything more than responding when consumers ask, "Alexa, …." With that in mind, here are five privacy tips for the voice-notification era:

1. Controls will be limited (at first)

The key difference between mobile and voice notifications lies in that users of a voice-activated device don't currently have much control at all over what kind of messages are read aloud to them. Mobile app consumers can lock down what kinds of notifications they receive in a very specific fashion, and right now that's not at all the case for Alexa users. While out-of-the-box privacy controls are surely coming, it's unclear when they'll be available. When building voice notifications, use a privacy-by-design approach, which means keeping consumer privacy top of mind while developing a digital feature.

The first wave of brand adopters need to watch their step. For example, actively dating people likely won't want to say, "Alexa, what are my notifications?" and then hear their Tinder updates broadcast to everyone else in the room. Likewise, purchase histories often contain private details about everything from undergarments and beverage choices to pharmaceutical prescriptions.

3. News orgs have to be especially careful

Expect media outlets to be the early leaders in voice notifications. They will need to be keenly aware of privacy, as they enter homes in a new kind of way. Households with kids are probably not going to want to hear about tragedy-related items of any kind. Therefore, because news organizations can curate content for voice systems like Alexa and Google Assistant, they should focus on types of notifications that will be appropriate for entire households until there are more widely-adopted controls.

Like with everything else in our lives, there's going to be a time and a place for voice notifications. When do I want to hear a few emails and other messages read aloud to me? When I am shaving in the morning. What a great way to maximize my time! On the other hand, if I am leaving for work in the morning or just getting home at night -- absolutely not. (In fact, you can schedule notifications according to when people will likely want to hear them, which is a tactic we've used in the mobile space for years.)

Eventually, voice-notification systems will give listeners the option of either hearing only non-private messages, only sensitive messages or all of them at the same time. Marketers are already starting to benefit from smart speakers that identify different voices in a household, a feature that's recently been added by Google Assistant and Amazon Alexa that should ease many privacy concerns. Such voice-recognition-based identification will also lean on consumers' usage data, helping brands surface the most relevant notifications and skills.

But those elements aren't currently available in most situations, so it's going to be important in the near term to tie safe information to your application. You don't want to be the brand that's in the news for screwing this up. 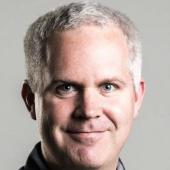 Mike Herrick
Mike Herrick is SVP of product and engineering at Urban Airship.
View all articles by this author