Can Tech Get the Budget It Deserves in a Field Where Creative Still Rules? | Ad Age
Skip to main content
Sign In Register

Can Tech Get the Budget It Deserves in a Field Where Creative Still Rules?

In the Digital World, Math Must Be as Compelling to an Advertiser as a Great Ad
READ THIS NEXT
You Can't Stop Instagram Bots by Looking. Brands Have to Stop Buying Them
Scott Ferber
We know advertisers love innovation. Just ask them. What they define as innovation, however, is too often stuck in a way of thinking rooted in traditional media. In the past, innovation was necessarily driven by creative; there wasn't much hard data on which to build a campaign. In television, everyone read the same spreadsheets outlining gross rating points and audience composition. The only way to stand out with consumers -- to make the greatest impact, drive engagement and spark additional "earned" buzz -- was with a memorable creative spot or sponsorship. Ad tech has changed much of that . Data can provide consumer insights that allow us to target and optimize against consumers in ways that can send engagement levels and other traditional marketing metrics soaring. It's math. It doesn't make for good party conversation, but it offers marketers a new and sophisticated way to differentiate their campaigns. Don't get me wrong, creative still very much matters. The technology can help determine which ads are most relevant to which consumers. But you still have about two seconds to make your case to them. If the creative doesn't scream, "Hey, look at this. This is something you might want to hear about," you're done. When good creative is married with the power of data to target , optimize and measure, the combination is unbeatable. For instance, who can forget last year's VW spot, "The Force," which used a sophisticated pre-Super Bowl digital strategy to promote an exceptional creative concept. The result was one of the most widely watched video spots to date. Or consider the success of companies like Eyeview, which serve customized video ads to a given viewer based on location, past online behaviors or even social information such as "likes" or "shares" -- a dynamic approach marrying creative with consumer targeting that often produces significant performance increases. In the digital world, what happens behind an advertisement is as important as what consumers end up seeing on screen. Yet most media-investment decisions still are made in the planning phase of a campaign. This works well for creative story boarding and the "big ideas" that play well on speculation. But in the marketplace, the big idea can be won or lost in the myriad of details that come between the creative concept and the end result -- from variations in media players, to site selection and audience targeting, to optimization and measurement. Since the beauty of ad tech is apparent mostly toward the end of a campaign, with execution and results, it's important to ask, how can we get advertisers to take the leap and re-direct more spending toward tech in the planning phase? It's our job in ad tech to present our offering in a way that is equally capable of capturing their imagination as a good creative ad. We have to make tech if not sexier, at least as transparent and understandable as possible. We could explain, for example, how and why we can adapt a great television ad to better work for online video. Then, how that online video ad can be optimized in near real-time to ensure better results, based on actual outcomes. And what if one of those outcomes were tied to a Groupon offer, which drove consumers to a retail location, or tied to a Foursquare promotion? Finally, what if there were a follow-up analysis that tied desired outcomes back to a given creative execution viewed on line? Ad tech allows the big idea to get a lot bigger. Complicated math equations, vague research and acronymic jargon give us a lot to hide behind if we so choose. Let's not take that route. 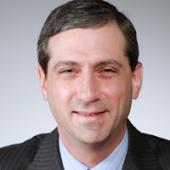 Scott Ferber
View all articles by this author