A Marketer's Guide to the Ten Best Events at SXSW

From the Robot Petting Zoo to a Startup Spotlight Party, These Events Are Not to be Missed
READ THIS NEXT
You Can't Stop Instagram Bots by Looking. Brands Have to Stop Buying Them

When I first attended SXSW two decades ago, the festival was focused on music, attendance was about 4,000, Johnny Cash gave the keynote, and little-known musician Beck was the "must see" act. What once was a cool -- but limited -- music industry event is now a blockbuster showcase across music, film and interactive media.

Today, SXSW Interactive is a convergence point across technology, user experience, marketing, startups and science celebrities, representing a glimpse of the future. As the importance of interactive platforms increases in our daily lives, so it does in Austin, with the interactive portion of the conference now hosting more than 30,000 attendees. But with the sheer volume of events and emerging companies in play, it's hard to know how to get the most out of it.

With that in mind, here's a pocket guide for marketers with our #SXSBest top-10 list:

What better way to kick off SXSW than with a meaty topic -- big data and artificial intelligence -- explored by a rock star panel led by Ganesh Bell, chief digital officer at GE. As mobility is increased through wearables, robotics become the norm and the internet of things moves from a concept to reality, what's required to make them work together and with humanity is the intelligence driven by big data.

Speaking of wearables, most devices on the market today are still in search of a clear value proposition. While Apple Watch may ultimately show the way, a workshop breaking down current and potential value propositions of wearables is as good a session as any to really dig in to all of the considerations in play. Just make sure you sign up in advance because it is limited access.

If the wearables workshop is full, or if you're more interested in the retail space, this incredible panel will serve you well. Sephora was identified in SapientNitro's Insights publication as 2014's leading omnichannel retailer, so naturally we are interested to hear a conversation led by its CMO Julie Bornstein about how to innovate in the overlapping space between physical and digital worlds.

As the conference description for the Startup Spotlight says, "Twenty emerging startups. Open bar. Check it out." There's not much more to say. Grab a cocktail and some startup goodness.

The internet of things holds a ton of promise, but also a ton of complexity. We'd better take a fundamentally human-centered approach to all of the messages and functionality we put in every "thing," which is why this panel by leaders in the space is so worthwhile. Executives from Disney, Misfit and Sensoria will discuss leading with user experience in the IoT.

Robots! They are important now in factories and in war and they are only going to become more important in our everyday lives. The Robot Petting Zoo brings out friendly ground and aerial robots for SXSW attendees to touch, operate and even program. Rather than go watch some non-interactive presentation about robots, swing by the Petting Zoo and make a robot friend now.

Half a century ago, IBM's Thomas Watson coined the phrase, "Good design is good business," and Apple's ascent to be the most valuable company in the world paid it off. As former head of the MIT Media Lab and president of Rhode Island School of Design, and now partner at venture capital firm Kleiner Perkins Caufield & Byers, John Maeda knows a thing or two about design, which is why this inaugural "Design and Technology Trends" presentation is not to be missed.

Stories are how people come to make meaning and understand the world. With interactive platforms, storytelling is still critical but is being turned on its head as audiences participate and shape the tales as they are told. As filmmaker and creative lead at Mirada, Guillermo del Toro's independent studio, Andrew Cochrane is hell-bent on pushing the boundaries across installations, web experiences, mobile/tablet apps, and content for virtual and augmented reality. Come learn from a master.

As someone who's written a book about innovation myself, I take the topic very seriously. Nothing has made me alter my perspective more than the customer development movement represented by Eric Ries' book, "The Lean Startup." Get a jumpstart on this thinking and what he's learned since he wrote the book in this session with the author himself.

Developing advancements in VR software and hardware stimulate our senses and stand to enrich common experiences in industries from retail to medicine. This panel brings together leaders on this new frontier and is sure to paint an exciting picture of what it means to be on the edge of the horizon of mass market virtual reality. 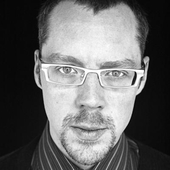