Tips for Designing Ads to Get Past the Gatekeepers
READ THIS NEXT
You Can't Stop Instagram Bots by Looking. Brands Have to Stop Buying Them

For the longest time, marketers believed that bigger was better. Bigger ad formats, bigger ad sizes and bigger animations drove ever-larger and more intrusive ad design. That is, until ad blockers arrived on the scene. Now consumers are protesting and showing their dissatisfaction by using ad-blocking software.

People grew familiar with the concept of ad blockers and the ethical debate surrounding the issue as the software slowly spread across desktops. But ad blockers received a huge boost in profile and became a critical issue in mobile just a few weeks ago, when Apple included support for mobile ad blockers in iOS 9.

While European publishers and broadcasters attempt to battle ad blockers in court, there's much that can be done within the advertising industry to meet the needs of consumers who crave a better digital experience, ads and all. Ad design in particular is evolving to meet the needs of a generation of cross-screen consumers with little incentive to block ads, given the right type of ad experience.

Just this past week, the IAB launched a new set of advertising technical principles to help advertisers deliver more consumer-friendly ads that abide by the acceptable ad expectations of ad blockers. The L.E.A.N. Ads program calls for design that is "light, encrypted, ad-choice supported and non-invasive." Here's how these standards will change how ads load and look:

User experience is at the heart of ad blocking

It's important to understand the three key reasons why mobile ad blocking came into existence and has taken hold.

The first issue is the large file sizes that accompany high-impact, rich-media ads that take over the screen or move elements around. These types of ads prompted desktop ad blockers but became an even more serious problem for mobile users who have data limits to think about.

These issues, each rooted in user experience, drive the principles by which the decision to let an acceptable ad through ad blockers are made.

Getting your ad past the gatekeeper

Ad design must shift focus away from attention-grabbing, distracting designs and instead focus on highly targeted messages for specific audience segments. Deploy these design changes across your campaigns to better meet the needs of consumers, and avoid being the type of advertiser ad blockers want to block:

Ad design now requires a sniper rifle, not a shotgun

Going forward, the emphasis for marketers will have to be on messages tailored to the right audience. The technology driving targeting platforms allows more granularity than ever before, so it's becoming easier to reach your specific target audience.

It's in the nature of some designers to want to create the coolest ads on the block to show off their technical skills, but it's obvious that in the context of mobile ad blocking, highly complex ads don't perform as well as simpler ads. In the future, ad sequencing and deliverability should be close to the top of the list for designers. And designers who can't adapt to the new reality of ad blockers face extinction -- specifically, rich media, expandable and interactive ad designers.

In the end, faster load times and more reasonable end user data usage will keep consumers happy, and as a bonus, we'll have a happier, healthier internet ecosystem. 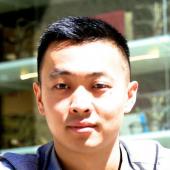 Victor Wong
Victor Wong is CEO of Thunder, which provides a creative management platform for online advertising.
Follow View all articles by this author