How the Over-counting of False Impressions Is Killing Online Advertising
READ THIS NEXT
You Can't Stop Instagram Bots by Looking. Brands Have to Stop Buying Them
Joe Casale

When the IAB issued its Five Digital Measurement Principles, I felt like it was reading my mind, or at least part of it anyway. The organization did not solicit our thoughts or recommendations -- it worked with the 4A's, the ANA and MediaLink for that . However, its first principle mirrors the issue I've been talking about for years with the IAB, ComScore and many of our peer companies. The whole notion of "impressions" is broken and we need a better way to define and measure it.

As stated by the IAB: Principle No. #1: Move to a "viewable impressions" standard and count real exposures online.
Today, we count "served impressions" as recorded by ad servers. Often, ad units are not in a viewable space to the end-user or fail to fully load on the screen -- potentially resulting in substantial over-counting of impressions. Viewable exposures are increasingly the norm across other media and better address the needs of brand marketers.

Today, the concept of "impressions" is used as a metric for media planners to chart out digital buys -- relying on monthly rankings for guidance. Yet, very few ask where the impressions actually come from. The problem lies in the current measurement system. There is a proliferation of data available on publisher pages. What complicates "impressions" is that ad networks and demand side platforms (DSPs) that purchase a lot of data from these publishers for behavioral targeting, retargeting, audience targeting and other forms of targeting are credited for the audience impression because they put their pixels on those pages. This creates a situation where the ad-serving entity -- an ad network, a DSP, or any of the other companies responsible for the placement of pixels on a page -- can buy enough pixels to target everyone in the U.S. (pixel reach), but not serve a single ad (ad reach). The current measurement definitions don't differentiate pixels associated with advertisements served vs. pixels associated with data just sitting on a page -- to the ad buyer, they are both the same impression.

For example, if five networks are on the same web page -- whether it's a pixel or ad -- then one impression can potentially be counted five times, credited to each network. This leads to inflated numbers, which is why the measurement process is deeply flawed. When an ad buyer sees ComScore numbers, he or she just sees X percent reach and X number of impressions, rather than X number of impressions actually viewed.

By this standard, the impression doesn't represent if a piece of ad inventory can actually be seen, if it has impact, if it's an IAB standard ad unit, etc. It becomes impossible for media buyers to compare and gauge real scale between ad networks, DSPs and others. This is a prevailing problem because the industry bodies, and the players in it, have not come to an agreement of a better way to measure reach and impressions. The industry is already taking a beating as it is , and we must fix this problem before it gets out of hand.

Proposed solution
We would love for the IAB principles to be adopted, especially the concept of viewable impressions. Our recommendation is to apply this in the context of reach rankings. Doing so can change the entire game over night. There are more worthless impressions bought and sold in supply today than impressions with actual value that can deliver results, influence consumers and lift perception. This is a problem unique to online advertising, and we all need to squash it.

Our practical suggestion is to disaggregate data from impressions. By separating potential reach (impression exposure) from actual reach (impression fulfillment), ad buyers will have accurate context into what type of impressions they are getting from different partners -- and have a better view of what advertisers get from campaigns. By slicing the numbers this way, where both will have their own advantages and disadvantage, advertisers can better map these factors to specific campaign goals. The sooner we address this issue, the more accountable and transparent the industry will be, and we will all benefit from it. 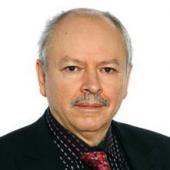 Joe Casale
View all articles by this author