The Online Advertising Industry Needs More Global Collaboration
READ THIS NEXT
You Can't Stop Instagram Bots by Looking. Brands Have to Stop Buying Them

Internet advertising is not only growing in size and sophistication, it is also becoming a global endeavor. Advertisers and publishers around the world are facing the same, or similar, opportunities and challenges.

However, Japanese advertising professionals work in relative isolation from the global industry.

Unlike in many other countries in the region, Japanese executives travel less frequently to the U.S. (I lived in Los Angeles for years, but I am an exception.)

The result is that many Japanese companies end up reinventing the wheel on advertising technology. We need a better system to share current knowledge back and forth through new channels.

Our goal is to contribute to the healthy expansion of the Japanese market by sharing obtained knowledge back home, and we look forward to connecting with technical people around the globe who are working on the same things as us, such as native advertising.

The most pressing technical issue for advertisers in Japan is the lack of standards for video ads. Video content is hugely popular in Japan, and subscription video services have not signed up a large portion of the audience. That leaves a huge opportunity for ad-supported video, yet in Japan, video ad formats are not optimized for success. There's no baseline. Everyone creates their own specifications, and many publishers struggle to adapt. They are accustomed to publishing for desktop and laptop computers connected to Japan's fast internet connections served nationally by mobile networks. As a result, the fast-growing segment of consumers loading websites on their phones often have an experience that is slow, awkward and expensive, because these consumers are charged for the extra video data that their phones download when they visit these sites.

In order to improve video ads, there needs to be significant industry collaboration in Japan to create and propagate standards. We are eager to both train people and import technologies to help with standards, measurement, ad serving and optimization.

Ad blocking is an area where Japanese companies feel they aren't currently threatened, probably because ad blockers have not yet localized their software for the Japanese market. But while less than one percent of Yahoo Japan visitors have an ad blocker running, we see that in English-speaking countries that number is much larger, particularly among millennials, which suggests that in the long run there will be more and more Japanese consumers who block ads. The sudden appearance of a popular Japanese-language ad blocker could change everything.

Japanese ad technologists have something to offer the global advertising technology community, too -- quality. Companies from outside that have tried to enter the market have often been surprised at the level of quality expected from them. Service-level agreements requiring perfect availability are common, with a penalty of a triple-the-cost payback in case of failure. Japanese ad-tech companies also have high internal standards for operations, with goals of 99.99% uptime. This requires a lot of training for technical staff, as well as counting on employees to self-check their own quality and performance. The resulting high quality of service isn't just a company point of pride. The people who visit our websites rely on it.

Clearly, both Japan and the rest of the world could benefit from closer relationships and more interaction. There are several ways to accomplish this. One is international partnerships. Last year, Yahoo Japan launched a joint venture with BuzzFeed. Another is participation in global industry organizations. Yahoo Japan has become the first Japanese company to join the IAB Tech Lab, which spearheads the development of global industry technical standards.

We hope that online advertising professionals in other countries will follow our lead. Interactive advertising is more and more a global endeavor, with similar opportunities and challenges around the globe. By connecting with one another, we can take advantage of what the rest of the world has to offer, and also bring our own hard-won contributions to the table. 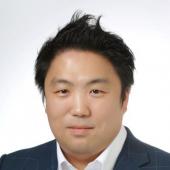