This is the era of duopoly in digital advertising, a time when Facebook and Google control the lion's share of the overall digital U.S. ad spend (54%), as well as the mobile ad spend (67%). The situation is even more stark when you look at incremental growth numbers: Facebook and Google together account for 98% of new digital ad dollars spent last year. Smaller players have to fight over a still significant, but ever-shrinking, share of the pie, even as other behemoths -- most notably, Amazon and Verizon -- emerge to grab at the same piece. These large players, each with proprietary tech and money to spend, seem destined to conquer every last inch of the digital advertising landscape.

They won't. Digital advertising is not, as the territorial metaphors would suggest, a two-dimensional space that can be conquered and divided among large players like borders on a map. The needs of marketers are multidimensional, varied and vertical-specific. They require custom solutions as singular as the products, regions and audiences themselves. This is what the market needs but the duopoly fails to deliver; this is where independent ad tech players should concentrate their efforts.

Industry observers have predicted various unsavory fates for the smaller ad tech companies: that they will face increasing pressure to consolidate, or get squeezed out entirely. They are asked to provide boutique-level quality in their services, while reducing margins and staying lean. (Like ad tech companies, publishers and agencies face this unappetizing menu of options.)

For companies that want to avoid becoming isolated or getting squeezed out of the market, that want to thrive against the big boys without having a seat at the big-boy table, there is another way. It doesn't involve building scale and reach to compete with Facebook and Google, whose "walled gardens" are virtually impenetrable. It involves rigorous and unrelenting focus on developing top-notch customization capabilities for targeted verticals, and ensuring that those functions are interoperable across platforms, including within those walled gardens.

In others words, there is opportunity within the advertising nooks and crannies in the land of the giants. And there -- in the niche capabilities -- is where thousands of ad tech vendors, including publishers, can find their place and profitability.

Take the retail sector, which combines online and offline marketing to reach customers. If a small ad tech firm were to concentrate on and develop a specialty within fashion retail or beauty retail, they would hone their expertise in that area, differentiating themselves from other vendors. Even within retail, the difference between the customer journey in high-end fashion and CPG requires different approaches. Automotive needs a different digital strategy and different digital technologies than financial, so on and so forth. There's not a single industry whose needs are met squarely by the walled gardens. Their sheer size makes it hard for them to achieve the requisite level of dedication and focus.

In truth, every vertical has its peculiarities, its nuances, its seasonalities. They all require some form of customization and special attention -- attention that neither Google nor Facebook (nor Verizon, nor Oracle, for that matter) can provide.

So while the walled gardens compete for market share and maximize their breadth, they sacrifice depth and focus, not to mention the deep industry knowledge that comes with a customized and strategic managed service. Such specialization is the real opportunity for ad tech, and it's entirely in-step with the era of digital duopoly.

That's a good thing, because the duopoly is not going anywhere. Ad tech needs to focus on supplementing it, not supplanting it. Hardly a day goes by where I do not read some prognostication about the duopoly and how to fight it. I believe that the task for ad tech is not to fight the duopoly as much as to figure out how coexist with it while adding demonstrable value. 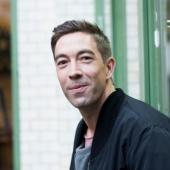