Ads.txt Could Wipe Out a Legion of Programmatic Ad Players. That's Good

READ THIS NEXT
You Can't Stop Instagram Bots by Looking. Brands Have to Stop Buying Them
Some hesitate to adopt the ads.txt fraud-fighting system for fear of revealing too much, but that beats a system where advertisers are easily swindled, argues Ian Trider, who contributed to the development of the ads.txt.
Credit: iStock/CHUYN

Ad tech is rife with shady characters. Until now, questionable behavior has frequently gone unchallenged. That's about to change.

The Interactive Advertising Bureau''s Tech Lab has released a proposed standard called "ads.txt" that allows publishers to declare which businesses are authorized to sell their digital inventory. This lets the demand-side platforms, where buyers find inventory, to verify that the inventory for sale in ad exchanges comes from authorized sellers. As a contributor to this spec, I'm biased to its importance, but there's a good reason why this standard has been proposed and why publishers should welcome this.

The industry has made it all too easy for bad actors to participate in the programmatic ecosystem. It's like a party where the invite is distributed too widely. Everybody shows up to your house and you lose track of who is who. Inevitably, some bad actors wreck your house.

There are numerous ways to generate bogus traffic -- and fraud prevention vendors can't identify all types. Traffic could be generated by unwanted browser add-ons or be intentionally mislabeled. A common technique is to intentionally buy low-viewability banners, insert a video player that loops ads, and supply this "video inventory" on a video exchange. There's nothing strange about impressions coming from 'wsj.com', and it seems like a great deal. Only later, if ever, does anyone realizes they've been had. Meanwhile, The Wall Street Journal has been unfairly assumed to have low quality inventory and ends up on advertiser blacklists.

One simple lie can enable bad actors to get away with so much. Some exchanges reveal the name of the entity they received the impression from, and others do not. If an advertiser wants to scrutinize everything for fraudulent behavior, they must review detailed data that is not usually available as a standard report, and then make a judgment call as to whether they believe each of the selling entities is legitimate. With hundreds of different sources for a domain, this quickly becomes unmanageable. Even exchanges that have robust processes for ensuring legitimate inventory may unknowingly let in unverifiable inventory from suspicious ad networks.

The ads.txt spec is still in public review until June 19. That should be an ominous date for bad actors because if it becomes a standard, it stands to severely curtail their ability to make money in this way. There are ad marketplaces who make a living stretching the concept of what's acceptable. Advertisers, who are increasingly insisting that supply chains can be verified, will vote with their dollars and refuse to accept unverifiable inventory.

The beauty of ads.txt, and the reason it should gain adoption, is that any publisher can do it and there is so much to gain. It's a simple solution with no need for heavy development nor extra training nor additional capital. Publishers' ad ops teams simply produce a text file listing their account IDs on all of the programmatic platforms they sell on and upload it to their web server. They are presenting a clear signal for the buy-side to observe, funneling dollars to the publisher where they belong, instead of being absorbed by mystery intermediaries and fraudsters. If the majority of publishers get on board, the entire programmatic segment benefits from unprecedented transparency in knowing who exactly is allowed to operate in this space.

Some may be cautious about this new world where we all know who is selling what. I'd argue that this world is a lot better than an opaque one where ad buyers could be easily swindled. It is a straightforward mechanism to address an issue that hadn't yet had a good solution.

While ads.txt is in the public comment period, there will likely be more questions and concerns. Now is the time to share them, so all use cases can be considered and thorough implementation guidance can be developed. There are many other improvements that can be made in this and other specifications to help solve related challenges. But this is an elegant way to address one big problem. So let's start here and begin the process of making the industry a better place. 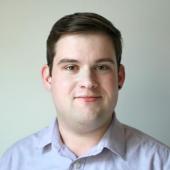 Ian Trider
Ian Trider is the director of real-time bidding platform operations at Centro. His team manages integrated supply and data partners, ad quality and inventory quality. He is a member of the IABâ€™s OpenRTB working group and recipient of the 2016 IAB Service Excellence Award.
View all articles by this author