A Call to Take the Profit Out of Online Piracy
READ THIS NEXT
You Can't Stop Instagram Bots by Looking. Brands Have to Stop Buying Them

Please stop advertising on pirate websites that profit from stolen creative works. They harm individual creatives and contribute nothing to the creative economy. It's bad for our business, your brand and audiences.

Mads Mikkelsen as Hannibal Lecter in 'Hannibal,' one of the most-pirated shows on TV.
Credit: Brooke Palmer/NBC

As a young girl growing up in a small Ohio town, I was inspired by my early heroine, Della Street, the fictional secretary on TV's "Perry Mason." She didn't suffer fools and brilliantly followed case leads to help her boss bring bad guys to justice and clear the names of the good guys.

Recently, I became aware of a lead that I, myself, am compelled to follow. My "Perry Mason" moment: Online piracy is funded by advertising from major brands.

My own show, "Hannibal," was the fifth most-stolen TV show during its first season on the air, despite being available for legal digital streaming the very next day. While I appreciate the enthusiasm of our fans, as executive producer I am responsible for all production costs for the show. Piracy directly affects my bottom line, including the wages for hundreds of cast and crewmembers.

I have been blessed with a successful, 30-plus-year career in entertainment. During that time, I have seen how the growth of online piracy directly impacts the economics of creativity. Piracy jeopardizes the rights of creatives to be compensated for their work -- making it even harder to build a career in a creative field. It forces companies to either shrink their production budgets or commit to fewer, less risky projects. And ultimately, it harms audiences by limiting the types of stories that creatives can tell.

It's a real lose-lose, unless you are the operator of a pirate site.

The image of "pirates" in conventional wisdom has always been wrong. Piracy is not just kids in dorm rooms swapping files. It's a massive, black-market business that is facilitated -- albeit unwittingly -- by legitimate, well-respected major brands. Pirate site operators make money by selling ads or through subscription payments that are processed by major credit card companies.

A single pirate site can bring in millions of dollars annually, and because they don't pay for the distribution rights to films and TV shows, they can generate profit margins in the range of 86% to 93%. A recent study found that the top 600 pirate sites generated $209 million from online advertising in a single year.

To be fair, most advertisers are unaware that their ads appear on pirate sites. The complicated nature of the online ad market has, until recently, made it extremely difficult to track exactly where ads are placed. It doesn't take a marketing genius to recognize the potential harm to a brand's reputation, especially when ads can unintentionally end up on pirate sites or other unsavory sites.

Fortunately, some progress has been made. The American Association of Advertising Agencies, the Association of National Advertisers, and the Interactive Advertising Bureau distributed a statement of best practices that included a recommendation that digital ad marketing contracts specifically prohibit ads from being placed on pirate sites. A slew of ad verification services is now available to help brands keep their good ads off bad sites. And earlier this year, the same advertising associations launched the Trustworthy Accountability Group (TAG), whose mission includes certifying vendors that can effectively limit unwanted ad placements.

The creative community applauds these efforts, and that's where I come in. I am a proud member of the Leadership Committee of CreativeFuture, a coalition made up of more than 400 companies and organizations in creative industries. My colleagues and I recently launched a letter-writing campaign directed at major companies whose ads routinely appear on pirate sites.

Our message to advertisers is simple: One, you have a problem. Two, solutions are available. Three, we stand ready to applaud those companies that commit to fixing the problem, but are also prepared to call out advertisers that are unresponsive to our legitimate concerns.

Will getting major brands to sever ties with pirate sites put an end piracy? No. But that's not exactly the point. Many of the major global brands receiving these letters are trusted household names with reputations to protect. Without these brands' inadvertent "seal of approval," pirate sites would look more like what they really are: criminal operations unworthy of the patronage of legitimate brands or responsible customers. Without their ad dollars, we can take the profit out of piracy. That would make Della proud. 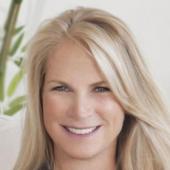