Second Screen, Mobile Apps and Social Polls Can Drive Engagement
READ THIS NEXT
You Can't Stop Instagram Bots by Looking. Brands Have to Stop Buying Them

Advertisers know their customers won't always seek them out. Instead, they need to push their brands to where and when the right people are ready. As a result, advertisers are continually expanding their efforts to get the attention of valuable consumers. Data, programmatic, hyper-local and a slew of other techniques dominate our industry for this very reason. Yet, there are still techniques advertisers can use to further engage users.

By taking a closer look at how consumers behave in various scenarios -- for instance, when they're watching TV or following a big event like the World Cup -- new advertising tactics emerge. We find consumers increasingly unifying and integrating media behavior, like watching television while engaging with online content. Yet, at the same time, audiences consume digital media in an increasingly fragmented and sometimes randomized manner. Advertisers must recognize these trends and ensure that their advertising responds accordingly.

Making a bigger splash on the second screen

Many media brands are now playing with the second screen to see what consumers respond to. For example:

As it turns out, 42% of connected device users access these and other apps while watching. Brands are getting great traction with those users. Ads on the "X Factor" Domino's-sponsored app last season generated an average 43% engagement rate and 14.3% click-through rate – but the ads are still lacking interactions with more than half of second-screen viewers. Further, only 13% of those using these second-screen apps believe they improve their experience.

Rather than create their own conversations during popular TV shows, brands should tap into the conversations and trends that are already occurring online. Instead of joining the video experience of TV with the experience of an app, they might consider connecting the content watched by the viewer with the subsequent conversations it produces.

For instance, a primary sponsor of CBS' summer hit "Under the Dome" could maximize its TV advertising by taking advantage of audience engagement before, during and after the show airs. Conversations about TV shows spike around the show's air time, so it makes sense to advertise on social networks during those times to capture ongoing conversations. However, because only some viewers talk about a show on social networks in real-time, brands should also deploy display and video ads where viewers are likely to do research, share opinions or otherwise engage throughout the show in order to capture a higher percentage of show viewers.

More often than not, consumer behavior is fragmented and completely random, making consumers more difficult to reach via traditional targeting and contextual media approaches. Once again, look to the consumer for a new advertising idea; rather than clustering an audience around static profile interests like sports, finance or cooking, or focusing on a previous search for road bikes, look at what they are doing right now.

Take the World Cup as an example, which is producing many story lines we never could have predicted. Who would have thought that Mexico's coach would win our hearts, or that biting would generate so many memes?

Advertisers should think of the World Cup as a series of smaller events that emerge, expand and decay throughout the tournament -- exciting wins, dramatic losses, injuries and last-second goals. There are opportunities for brands to be present around each of these trends to target their core audiences. In fact, once brands know that audiences are talking about World Cup topics, they can look into what else they are talking about at the same time and target those trends as well.

Ultimately, these new advertising practices are driven by audience behavior that occurs "in the moment" and cannot be captured by a static profile. They answer the question, "How are we going to get closer to what our audience cares about right now?" rather than basing ad placements on the past. Most importantly, they generate new ideas and help advertisers discover something new about the people they want to reach. 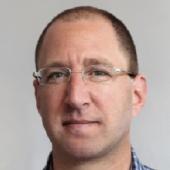 Adam Kapel
Adam Kapel is senior VP-marketing and insights at Taykey, a real-time advertising technology company.
View all articles by this author