Advertising in Disaster Regions -- We Need to Do Better

READ THIS NEXT
You Can't Stop Instagram Bots by Looking. Brands Have to Stop Buying Them
Ads and video pop-ups obscured life-saving content during Hurricane Harvey.
Credit:

Last week, the city of Houston was hit by the worst rainfall in recorded history as part of Hurricane Harvey. Thousands of homes flooded, more than 120,000 people without power, and billions of dollars in damage. And now, Hurricane Irma is bearing down on Florida.

Without power, traditional communication channels like broadcast or cable TV and radio were blacked out in many areas.

Thank God for mobile and social media. Between county judges providing live updates on Facebook and shelters updating availability on Twitter, the State of Texas and its service agencies did a fantastic job keeping people informed about evacuation routes, shelters and weather forecasts. Without these channels, and the valuable information shared there, it's possible the disaster might have been much more horrific, with a much higher death toll.

Unfortunately, not all of this content was as easy to access or use as it could have been. Why? Because of advertising. Yes, ads were running … and blocking or delaying often life-saving content.

I recall one moment when we received a news alert on our phones about the latest state of the levees; in a semi-frantic panic, we clicked on the link to watch the live stream. Unfortunately, we were greeted by a 75-second pre-roll ad for a food brand that was, in that moment, a totally useless product. Nor was this a one-time occurrence. Throughout the state of emergency, Houstonians had to wait out pre-roll screens, seek out information in social newsfeeds cluttered with ads, and close countless overlay windows to access life-or-death content.

Don't get me wrong. I am in advertising, and I know and understand that ads are not always welcome. But honestly, I doubt that the beauty, travel or deodorant ads -- served during the worst storm in state history -- created any kind of positive ROI for those advertisers. People trying to get rescued out of their flooded homes or navigate their way through flooded streets to a shelter don't need to watch a 15-second spot for makeup before finding out how to get to safety.

Public good
Brands, advertising agencies and media platforms need to come to an agreement to stop advertising in affected regions during disasters. This is not about ad avoidance. It is about blocking a true disruption that can seriously interfere with the flow of critical information. Besides, it is shameful to target a captive audience that is suffering through a disaster, one that has no time for the frivolities of ads that present an unwanted barrier to more pertinent content.

Today, we can micro-target people in the smallest geographical clusters. Why wasn't this technology used during Hurricane Harvey? It would have been very easy to create a geofence around the greater Houston area and disable ad-serving for a limited time. Even better, if a brand believes that it can provide value during dire times, it should use its reach to share meaningful information. Some brands have done this very well. Take initiatives like Tide's Loads of Hope, which brings mobile laundromats to those who need them during disasters. Or, in Texas last week, grocery giant H-E-B, which conducted mobile food delivery, and Houston's TDECU Credit Union, which offered extended hours and special programs for those affected by the floods.

As part of the advertising community and the greater Houston community, I truly have seen this from both sides. As an industry, we need to put consumers first during disasters. We have the smarts, the heart and the technology to do better! 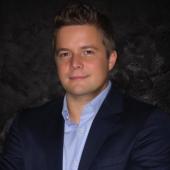