When AI Fails (and What We Learned)

READ THIS NEXT
You Can't Stop Instagram Bots by Looking. Brands Have to Stop Buying Them
BMW integrated Alexa last year but may have acted too soon, Ben Plomion argues.
Credit: Brent Lewin/Bloomberg

Brands big and small are experimenting with artificial intelligence (AI), with varying levels of success. Amazon uses AI to predict what you want to buy; Spotify leverages it to select music for your playlists; and digital assistants like Apple's Siri are AI tools personified.

But among those successes are plenty of missteps. As far as the technology has come, AI isn't foolproof, in part because the humans who design it aren't. But let's not take down the companies that make mistakes: by pushing boundaries in the AI world, they're offering valuable lessons to the rest of us. Here are the lessons from four recent AI bloopers.

Burger King didn't use AI to create the ad it unleashed in April, but it did take advantage of the technology. The 15-second spot consisted mostly of a line designed to wake up viewers' Google Home devices. "OK Google, what is the Whopper burger?" prompted the digital assistants to read aloud from the Whopper's Wikipedia page, which had been edited for maximum marketing punch. While some viewers were probably amused, others were furious at the whopper of an intrusion. Google ended up programming Home devices to ignore the ad.

Lesson: There's a fine line between clever push-marketing and invasion of privacy. Burger King execs may have figured any blowback would be worth it, but they likely hadn't foreseen that critics would edit the Whopper wiki page, adding ingredients like "toenail clippings" and "rats" to its description, which were then read aloud in viewers' homes. (Then again, the ad industry loved it.)

Coca-Cola, Wal-Mart and Starbucks were just a few of the brands that pulled their business after they learned that Google's algorithms had been running their ads against offensive YouTube content. AI made Google's system smart enough to pair ads with the more than 1 billion hours of videos watched every day, but too dumb to flag racist, violent, homophobic and anti-Semitic uploads. To make matters worse, Google assured advertisers that it had fixed the problem, when it demonstrably had not.

Lesson: Human judgment -- and oversight -- is still required. Google underestimated that, as did advertisers, who failed to keep close tabs on where their ads ended up.

Companies are using chatbots -- programs designed to mimic humans in online conversation -- for everything from promoting movies to recommending vacation destinations, as well as plain old customer service. But the bots can be clumsy when they're unable to parse everyday language, or when they're too hard to find. Earlier this year, U.K. restaurant chain Pizza Express announced it would use a chatbot to let customers book tables. But some users complained that the function was impossible to find. (Customers had to "Like" the chain's Facebook page to access it).

Lesson: If you don't promote the technology you've invested in, IT might die a sad, quiet death.

Luxury carmaker BMW announced in 2016 that it was integrating Alexa, the intelligent personal assistant used in Amazon's Echo and Dot devices, into its operating system. The development was supposed to let BMW owners control aspects of their cars from home via voice command. But the ratings for the service are pretty dismal: 55% of users who reviewed it gave it a single star, complaining that they can't connect or that the functions are extremely limited.

Lesson: Brands should be sure that their product is ready to primetime, or risk alienating excited customers -- especially in the luxury sector. 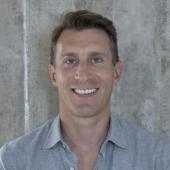 Ben Plomion
Ben Plomion is CMO at GumGum.
Follow View all articles by this author