Amazon's Approach to Advertising Might Work, But It's Not for Every Retailer

The Retail Giant Is Leveraging Brand Equity and Hiring a Big Sales Force, While Others Will Choose to Outsource
READ THIS NEXT
You Can't Stop Instagram Bots by Looking. Brands Have to Stop Buying Them
Jay Habegger
Credit:
Jay Habegger
Amazon made a big push into display advertising in 2011 when it began acquiring and selling ad space to marketers on third-party sites, offering its customer and product data to target consumers as part of the package.

This year the company is ramping up its ad team, Reuters reports, posting 30 job openings. This brings to light an important and often underestimated task in creating an online media property such as Amazon's: bringing it to market. To achieve this requires systems and technology to collect and manage audience data and marry the data to media inventory.

Professionals with good experience in ad technology are scarce, and with many startups relying on digital advertising to drive revenue, the competition for this talent is fierce. It takes a substantial investment of time and finances to create a sales force and management team to run the media property.

Consider what a 30-person digital sales workforce costs. In all likelihood, 15 of the Amazon jobs are sales positions responsible for generating ad revenue within the agency channel, and the other half are account management and support staff. When you consider that starting digital-sales salaries can reach $100,000, with veteran executives fetching nearly $250,000, total compensation of the team could be north of $3 million before they hire one person capable of launching a campaign. The team of ad-ops needed for that will earn about $30,000 each.

Besides personnel costs, retailers have to consider how -- or whether -- this sales solution can generate ad revenue in the supplier channel as well. For example, an ad campaign targeted to consumers based on their purchasing behavior on Amazon would be attractive to any of their infinite suppliers. So a significant portion of the sales effort will have to focus on education and marketing within the supplier channel as well.

Amazon, which earned $34 billion in revenue in 2010 and is the largest online retailer on the planet, will have little trouble attracting talent or outbidding other media companies to fill its job vacancies. Other large retailers with strong brand equity and a large online presence might be able to do the same, but it won't be easy or cheap.

For this reason, many retailers find outsourcing of sales and campaign management an attractive option, just as new online publishers using an ad-revenue model will commonly outsource sales and campaign-management efforts to networks that have established relationships with buyers. This can generate revenue immediately, with no capital investment. Publishers view these partnerships as part of the evaluation process to determine the cost-benefit of creating an in-house ad sales team.

Newly formed retailer media properties are exploring similar outsourcing options, which vary based on strategy. Retailers who want to just dip a toe in the ad-revenue game will often choose to put their audience data on a data exchange, where it can be purchased and unbranded by networks or other third-party media companies. In these cases, the burden of campaign management and performance is transferred to the network or media company purchasing the data for ad campaigns.

Other retailers will choose the Amazon route, leveraging their brand equity to significantly increase their revenue potential in the market. If these retailers don't want to do what Amazon does -- that is , hire a big sales force -- then they need to forge partnerships with media companies that specialize in representing branded retailer media properties in the agency and supplier channel, which includes assuming the responsibility of managing and optimizing each campaign.

Online retailers are waking up to the significant revenue available to those who monetize their online data via ad sales. However, as they explore the ad-tech space, they find that the time and financial investment needed to build a media property that generates ad revenue is significant. "Just building it" is not always the best solution. Retailers are wise to explore opportunities with experienced professionals with established relationships who can help them maximize their revenue potential.

ABOUT THE AUTHOR
Jay Habegger is CEO of OwnerIQ. 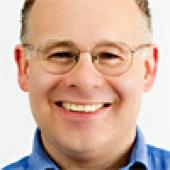 Jay Habegger
View all articles by this author