Culture Matters, and Some Brands Are Doing It Right
READ THIS NEXT
You Can't Stop Instagram Bots by Looking. Brands Have to Stop Buying Them

Among his other talents, Amazon CEO Jeff Bezos has been an effective public face of his company. No matter what you may have heard about Amazon, it was hard not to smile when Bezos brought his infectious laugh to such venues as The Tonight Show with Jay Leno and The Daily Show with Jon Stewart.

Last weekend, though, consumers were presented with another image of Bezos. A damning front-page expose in The New York Times depicted a brutal workplace in which employees are reportedly penalized for being distracted by life-threatening illnesses facing themselves or their children. A former Amazon book marketer named Bo Olson is quoted as saying "Nearly every person I worked with, I saw cry at their desk."

Bezos was quick to dispute the story, telling employees in a memo that, "I don't recognize this Amazon and I very much hope you don't, either." Another employee, Nick Ciubotariu, also defended the company on LinkedIn Pulse, arguing that the reporters ignored facts to make their case.

Whatever the case, Amazon has a public relations issue on its hands. Many commenters on the Times story said they didn't want to patronize Amazon anymore. It's easy to see why. Anyone with a conscience would feel conflicted about giving their money to a company that might be as cut-throat as the article describes.

This is why culture matters

The truth is, some people may thrive at Amazon, but others have been complaining for years that the company is basically a high-tech sweatshop. Such reports didn't sit well, but, because they lacked the credibility of The New York Times, they didn't stick.

Now the image of Amazon as a grueling place to work, and Bezos as an insensitive taskmaster, is harder to shake and will probably prove troublesome for some time. While in the past such a report may not have been as damaging, today's consumers -- led by millennials -- are different. They care more about what sort of culture is behind the brands they like.

A recent survey of millennial customers by The Intelligence Group, for instance, found 59% of respondents said a company's ethics and practices are important factors in deciding which brand they should buy.

Another survey by Brookings found almost two-thirds of millennial employees said they wanted their employers to contribute to social or ethical causes they thought were important. Only half of boomers and Gen Xers felt the same.

These days, the public communication of your work culture now can be just as important as your marketing efforts. Perhaps it's is even more important, because your work culture might affect consumer perception, sales and recruiting. While a sub-optimal advertising campaign or sweepstakes might not help a business, they usually do not alienate consumers to the point that they rethink buying the brand and perceive it in a whole new, negative light.

Those doing it right

Defenders might say that Amazon has built a Darwinian culture because it has to. For example, you don't best Wal-Mart by winning prizes for the happiest workplace.

There's truth in that, of course, but if you're looking for another top-tier tech alternative to Amazon's culture, look no further than Mountain View, California. That's home to the Googleplex, a campus known for both its lavish perks (like free meals and on-premises masseuses) and its creation of a culture that fosters creativity and individuality.

That's not the whole picture. Behind its cheery veneer, Google is also a hard-driving place where sharing differences of opinion is encouraged, according to some. Yet the company has realized the public relations value of building a caring employee culture.

Others do, as well. SAS, the software company, is famous for respecting the fact that its employees have a life outside the office. Workers there are on a 35-hour work week, which is one reason Fast Co. declared SAS "The World's Best Place to Work."

Then there's Ideo, which underscored its esteem of creativity and the value of life experience by recently hiring a 91-year-old woman, Barbara Beskind, as a tech designer.

Such moves illustrate that overall, these companies value their employees as people and company stakeholders, not merely as vessels whose health and happiness can be cast aside to further a company's goals.

It's a cliché in corporate circles to say that the strength of any company is its people, but in this case the cliché is true. How you treat those people matters. 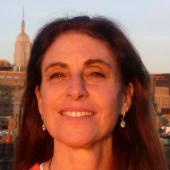