How to Restore Equilibrium to the Digital Ad Economy
READ THIS NEXT
You Can't Stop Instagram Bots by Looking. Brands Have to Stop Buying Them

Consumers have fallen out of love with advertising. What once was celebrated as an art form became a relationship of passive tolerance before moving to annoyance, irritability and eventual disengagement.

That disengagement is manifested most obviously in the rapidly growing user base of the various ad-blocking tools available. In the coveted 18-to-29 year-old age group, 41% of American internet users are reported to use the software. That's almost half of the most valuable target audience for brand advertising in the world's most mature advertising market.

Users who don't block ads are currently subsidizing the ad-free experiences of those who do, contributing to what are increasingly untenable advertising revenue targets on popular web destinations. While there is still considerable time before the tipping point is reached, if things continue as they currently are there will come a time when inventory restrictions from ad blocking do directly contribute to the shuttering of web services or their restructuring in a form that is unrecognizable from today.

Ad blocking is currently only mature on desktop browsers, but with the news that iOS 9 (with release likely in September) will feature ad-blocking support, it appears consumer adoption of the practice is about to take another leap forward.

With that in mind, it's now time for the advertising industry to take a deep breath and put some thought into the long-term future of digital advertising. Like any relationship that's hit rock bottom, it's not irreparable, but it will take serious work from all parties involved. Here's what we need to do:

Start talking to consumers about advertising

We're an introverted lot, and while we're happy to run focus groups and crunch data on how creative can best elicit an emotional response, we're not so good at giving consumers a way to communicate their attitudes about advertising in a way that isn't stage-managed.

Many consumers do not realize that advertising funds the services and resources they love and rely on. An open conversation that treats consumers as the important stakeholders they are is the essential starting point to developing an ad-funded model that users can get behind. What is an acceptable frequency of ads? What does a data-collection policy that enables relevant advertising without sacrificing personal information look like? A forum must be created that facilitates constructive discussion of these issues with consumers.

Bring some common sense to formats

Full-page takeovers, pop-ups, ponderous interstitials, autoplay and unmuted video might drive higher brand recall, but when that recall is permanently soured by negative sentiment, it's a wonder such formats continue to attract investment.

Vendors have spun a line with these ad units, peddling active resentment as engagement. If someone is already not listening, shouting louder typically only serves to antagonize them further. It's a reductive trend that needs to be addressed by advertisers and agencies.

The spiral of decline in digital ad effectiveness and associated price paid per ad impression is circular: Uninspiring ad units struggle to deliver objectives, the advertiser is only willing to pay a lower price the next time, so the publisher crams in another ad unit to make up the shortfall. More ads -- each earning less revenue and causing the consumer more grief.

Native advertising was a natural response to this problem -- a format designed to deliver value to the user while fulfilling brand objectives. And it works, but only on a resource-intensive campaign-by-campaign basis. Developing a solution that irrevocably improves the user experience across the digital advertising landscape requires a scalable solution. This means brands working with publishers and bodies such as the IAB to develop a new wave of ad units purpose-built to satisfy the key stakeholders of the digital economy.

There is no moral substance to opposing ad blocking, but this is a game where everyone stands to lose if systemic issues remained unaddressed. As an industry, we need to move from the flawed short-termism that seems to want to milk every last drop out of advertising before the shutters go up, and start taking pragmatic action to find an equilibrium that balances the needs of each stakeholder in the digital economy.

That means better ads and almost certainly means fewer ads, too. Funny as that may sound coming from the CEO of an ad-tech company, I think that's a good thing. 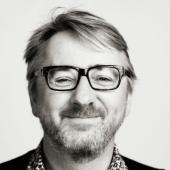