The Dirty Secret of App-Install Ads Nobody's Talking About

READ THIS NEXT
You Can't Stop Instagram Bots by Looking. Brands Have to Stop Buying Them
Brand apps can be great, but they aren't worth the development and marketing costs for many.
Credit: tomeng/iStock

App-install ads are a major success story in marketing these days. Facebook claims it will be responsible for 4 billion app downloads by 2017, representing up to 20% of its ad revenue. Google recently claimed its app-install ads prompted 2 billion downloads. And now Snapchat and Apple are getting into the app-install advertising game.

The hype is real.

After all, that's about one app download for every human, which makes this advertising tactic among the most effective mobile has ever seen. But do these alarmingly large numbers mean that native apps are a winning strategy for brands?

'Who Moved My Cheese?'
To find the answer, we must dig out a dusty tome from 1998. Back then, when Mark Zuckerberg was still in high school and Marc Andreessen still had hair, the (print!) book "Who Moved My Cheese?" was required reading among the executive set.

If you don't, it's a simple story: Two men and two mice find cheese in a maze. For a while, the cheese reliably appears in the same spot, but one day it stops showing up. So the mice set off to find new cheese elsewhere, while the men's pavlovian conditioning sends them to the same spot over and again, descending into madness, blaming each other for their cheeselessness and lack of preparation.

They refused to adapt to change, and suffered for it.

The catch
True, brands have seen remarkable success with apps in the past. Some 3.5 million people downloaded Audi's A4 Driving Challenge game, and Kraft's app breathed new life into its brand. Even now, apps continue to prove themselves to be strong marketing tools -- they are the natural experience people want and expect, and they generate four times higher conversion rates than mobile landing pages. Companies like Starbucks have seen their apps reach the "magic" 20%-plus of their revenue generated from in-app payments.

But these are the exceptions, not the rule.

Think about how many household brands whose apps you'd never download. It's not a small list, or even a big list. It's practically all of them. No matter how much cheese brands initially found in the app dreams, it is an inescapable fact that smartphone users spend 84% of their time in just five apps, that 80% of apps never make it to 1,000 downloads, that 84% of consumers that download an app will delete it after only one use, and that when brands run ad campaigns to download their apps, they experience up to 95% abandonment.

For most brands, the cheese is gone. And it's not entirely clear where brands are going to find it next.

Most of the predominant mobile platforms think they have the answer, but serious questions remain.

Take Facebook's Canvas, which is designed as a marketing vehicle with app-like functionality. The trouble is, Canvas only works on Facebook, and only has one format. Same with Twitter Moments, which only works on Twitter. In both cases, just like all walled gardens, the data and analytics are trapped inside these platforms.

Google's Instant Apps provide app-like functionality, and do expedite the download process. But like Canvas and Moments, Instant Apps are limited to their proprietary platform. Furthermore, they require developers to rebuild native apps from the ground up, putting brands through the tremendous hassle of re-doing their apps, even as they remove the user's hassle of downloading from the app store.

Nobody has found the cheese yet. The smartest marketers are the ones who accept that they are in the maze, and are willing to keep looking for the cheese. Marketers who have stopped searching are truly lost.

What the marketplace needs is a solution that marries the best of the web with the best of native apps: elegance, transparency, speed and seamlessness. That's the cheese, and we're all still looking for it. 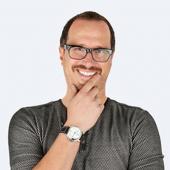 Steve Newcomb
Steve Newcomb is founder and CEO at Famous.
View all articles by this author