Touch ID Is the Big Play That Will Drive Mobile Advertising
READ THIS NEXT
You Can't Stop Instagram Bots by Looking. Brands Have to Stop Buying Them

Forget the Apple Watch and iPhone 6. Apple Pay is Apple's next biggest innovation and this is why: Touch ID has the potential to finally push mobile over the hump in the U.S.

Yes, Apple has spent a good deal of time discussing the near-field-communication technology and how it is working with retail, credit card and bank partners. It was quick to point out that there are merchants ready to accept Apple Pay as a very secure payment method. But that isn't the news. Go into any Starbucks on any day and you will see plenty of mobile transactions.

The far more intriguing topic, which was hardly discussed during last week's launch, is Touch ID. Touch ID enables "one-touch checkout" for online shopping apps. Say goodbye to the hassle of entering your credit card information on the small screen. See something you like, touch it, and it's yours!

App developers have already started building Touch ID into retail apps. On the same day of Apple Live, Target announced that it has adopted the Like2Buy platform that will allow the chain's Instagram followers to buy products featured in photos, and Target is now integrating Touch ID into its mobile app. Touch ID for mobile apps is the big deal, but not for the reasons you might think.

Apple is a "big play" kind of an organization. A $349 watch and people upgrading to an iPhone 6 isn't going to move the needle for a $171 billion dollar company. Apple Pay helps, but it's a basis-point (a unit equal to 1/100th of 1%) play that gets split multiple ways between the service provider, credit card company, bank, etc., and it will take years for it to be widely accepted. So where's the "big play" with Apple Pay?

It's mobile advertising. According to Mary Meeker's "2014 Internet Trends" report, mobile advertising represents a $30 billion opportunity in the U.S. alone. But mobile ad spend has lagged because of issues relating to tracking and measurability.

This is why Apple Touch ID is so important -- it has the potential to improve tracking, measurability and ROI significantly. With Touch ID, the buyer never leaves the screen to transact. Attribution, tracking and conversion rates will improve, but the challenge remains -- how do you get consumers to transact?

According to McKinsey, you give them a special deal or offer -- an ad. There's the closed loop, and a huge opportunity for marketers to put ads in front of audiences who can quickly convert.

Mobile advertising is just now taking off. Last year, global mobile ad revenue doubled, reaching $18 billion, and it is expected to grow 75% in 2014. Two players, Facebook and Google, account for about two-thirds of the total spend. A third player -- Apple -- could be on its way.

Apple has had a long history of introducing products at the beginning of the ''hockey stick'' (usually relating to the point on the consumer adoption curve that new technologies take off). This time the hockey stick is mobile advertising. The real payoff of Apple Pay, for now, is not retail, it's mobile -- it is about buying on your phone vs. paying with your phone. 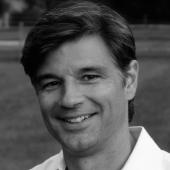