How Auto Marketers Can Take Advantage of Relevant Moments

Digital Strategies to Use Paid and Earned Media Around Key Moments
READ THIS NEXT
You Can't Stop Instagram Bots by Looking. Brands Have to Stop Buying Them

At $35.5 billion, automotive is the second-largest advertising category in the U.S. With a budget of that size, automotive marketers have the opportunity to experiment with their campaigns by trying innovative digital strategies and tactics that are proven to capture the attention of today's "always-on" consumer.

Auto marketing is no longer a one-sided effort driven by the brand, but the creation of real-time relationships driven by value. So how can auto marketers drive more value? By taking advantage of moments.

Traditionally, media planners have focused on applying demographic and behavioral data to target potential consumers, but media-buying strategies can drive better results when combining data from important real-time and historical moments in the consumer's journey with demographic targeting to drive consumer engagement.

Moments truly influence buying decisions and allow marketers to get exceptionally creative when bridging the offline and online worlds. By activating paid and earned media around key moments, marketers can create more agile and impactful strategies. With great timing and an understanding of what matters most to their audiences, auto marketers can utilize data around cultural, authentic and real-time moments to build a truly memorable connection around consumer passion points like the examples here:

Most recently, Lexus released a teaser video for a working hoverboard that appears to have been inspired by "Back to the Future Part II." 2015 happens to be the year that the main character in the film time-traveled to, now connecting Lexus to a popular, timely cultural moment. Lexus can be applauded for capturing the moment, and so far the video has received more than 7 million views on YouTube. But imagine the enhanced level of engagement that could be achieved by leveraging data around the film's active fan base and building campaigns around the date in the movie (Oct. 21, 2015) on which the DeLorean time machine arrives in the future.

A prime example of mixing a cultural moment with paid and earned media was the Will Ferrell "Anchorman 2" cross-promotion with Dodge Durango. In character as Ron Burgundy, Ferrell's endorsement during an epic series of ads in 2013 lifted sales by 59% to more than 5,000 cars sold during that month. Now that's a way to stay classy, Dodge Durango.

Back in May 2010, Toyota launched the "Swagger Wagon" campaign to introduce the 2011 Toyota Sienna. It was lighthearted, but rooted in the reality of suburban adults trying to remain cool while transitioning into parenthood. The video went viral on YouTube, earning nearly 13 million views to date. This was perhaps one of the best, first examples of an auto brand leveraging authentic moments in consumers' lives before the industry could put a label on it.

By understanding that its target audience was seeking a practical new vehicle to accommodate the size of an expanding family, Toyota used social media to launch a movement around its audience's new stage of life. The result was a powerful and meaningful way to use digital to generate awareness and brand engagement. Since then, Toyota has continued to embrace digital as part of its overall marketing strategy and maintains its position as a top auto manufacturer in the U.S., reporting a year-over-year sales increase of 4.1%.

Taking advantage of a real-time moment can be challenging, but when you have the right marketing team and technology in place, real-time media activation can positively amplify brand awareness during a macro moment. The benefits are clear and nearly instantaneous -- just ask Chevrolet. During the 2014 World Series, Rikk Wilde at Chevrolet famously handed the keys of a brand new Chevrolet Colorado to MVP Madison Bumgarner, boasting about its "you know, technology and stuff."

The stumble, broadcast on live TV, immediately started to trend on Twitter, whereby Chevrolet chose to get in on the moment by tweeting about #TechnologyAndStuff -- a move that reached millions of people through paid and earned amplification in a short period of time. Automotive News estimates Chevrolet gained approximately $5 million in free media exposure. The ad industry agrees it was a success, too, recently awarding Fleishman-Hillard gold and silver PR Lions and global ad agency Commonwealth//McCann a bronze Lion in media at Cannes.

Now that marketers can identify these key moments and act accordingly based on valuable data, technology provides the power to connect and reach audiences more easily than ever before. The use of real-time, authentic and cultural moments is well on its way to becoming the new normal for auto brands looking to stand out and harness digital marketing to its fullest. 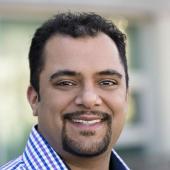 Raj Gill
Raj Gill is VP-automotive at Amobee, a digital marketing technology company.
Follow View all articles by this author