How to Avoid the Potential Horrors of Virtual Reality Marketing

Don't Let Virtual Reality Ads Become Virtual Prisons for Consumers
READ THIS NEXT
You Can't Stop Instagram Bots by Looking. Brands Have to Stop Buying Them

If the free-flowing venture capital and multi-billion dollar industry valuation are any indication, the advent of virtual reality is upon us. VR is poised to change the way consumers interface with media, entertainment, even politics. Naturally, this offers fertile territory for some much-needed innovation in advertising.

As the adoption of virtual reality accelerates, so too will the presence of VR marketing. Mainstream virtual reality marketing isn't some distant-future hypothetical -- it's already emerging. The New York Times recently announced the distribution of Google Cardboard to over one million subscribers to propagate its VR content; among the Times' virtual offerings will be sponsored content from GE and Mini. Virtual reality will soon be a standard slice of the marketing budget pie chart.

As with any nascent medium, advertising conventions have yet to coalesce. These early days of virtual reality marketing will play a pivotal role in defining industry norms. Exactly how will this new medium carry brand messages? What will become the de facto standard for virtual reality marketing? As marketers, these are the conversations we need to be having -- around the water cooler and in the conference room.

The opportunities for virtual reality marketing are unprecedented, but so too are the potential exploitations. Imagine the unrelenting, optical bombardment of unskippable VR ads -- virtual prisons of advertising -- becoming the norm. Within the confines of these promotional cells, squadrons of lurid logos would assault reluctant retinae, and saccharine spokespersons would push their products -- literally and figuratively -- from every angle. Today's attentional escape routes -- a cursory cellphone glance, a new browser tab -- will no longer be available. With a completely monopolized field of vision, the consumer won't be able to multi-task her way out.

Prima facie, this bleak future of virtual advertising may seem like baseless speculation; however, some early VR brand efforts are foreboding. Cheese-maker Boursin released what was essentially a virtual reality rollercoaster ride through a Boursin-stocked refrigerator. Jim Beam followed the production of its Devil's Cut whiskey in virtual reality, from the first-person perspective of the liquor.

Charitably, these are commendable marketing efforts -- but only by virtue of the novel medium. There is nothing inherently compelling about being trapped in a refrigerator with spreadable cheese.

While a completely captive audience might sound ideal, consumers will eventually adapt to "avoid" these ads, likely by self-inducing a sort of fugue state; audiences will gaze off blankly into virtual horizons during every commercial, desperately seeking the one out of three-hundred and sixty degrees that the creative director neglected to populate with a logo or brand message.

But the future of virtual reality marketing needn't be so grim. If brands and marketers realize that virtually imprisoning an audience is not ultimately the best approach to kindling customer relationships, then virtual reality could be a catalyst for a paradigm shift in advertising.

What if marketers offered sprawling, virtual plains of entertaining and utilitarian VR content, rather than entrapping consumers in prisons of advertising? By producing quality virtual content -- content that audiences pursue of their own volition -- brand claims of "empowering the consumer" might become more than vacuous middle-management lip service. Brands could offer a slew of virtual experiences that bring real value to consumers.

The question becomes: Are companies willing to take these risks? The modern parallel is obvious, and it doesn't bode well for the future of VR advertising; marketers tend to invest a disproportionately high percent of their budget on interruptive advertising, rather than quality branded content. This pattern lends a disquieting layer of plausibility to the dystopian state of advertising previously envisioned.

However, if virtual reality emerges as the paradigm-shifting medium that breaks the pattern of interruptive advertising, the business and cultural dynamics will be fascinating. Brands will transcend their conventional limits in the value chain by couching their messages in virtual experiences that have intrinsic value. Consumers will benefit from these VR experiences, and be more receptive to the brand messages within. But if tomorrow's VR marketers follow in the footsteps of their predecessors, prepare to spend the majority of your commercial breaks inside cheese-filled refrigerators and charred whiskey barrels. 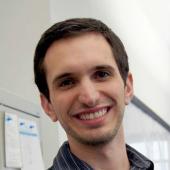 Nicholas Manluccia
Nicholas Manluccia is manager-insights and strategy at Questus, a digital agency with offices in New York, San Francisco, and Brea.
Follow View all articles by this author