Four Digital Innovations That Will Change the Future of Baseball

Baseball Needs to Raise Its Digital Game to Remain Relevant
READ THIS NEXT
You Can't Stop Instagram Bots by Looking. Brands Have to Stop Buying Them

The World Series now reaching its climax closes out a 2014 season that is expected to deliver record revenue to Major League Baseball, in part driven by record broadcast rights deals from national and regional sports networks.

Yet all is not healthy with America's pastime. In particular, baseball fans tend to be older than other sports fans and are getting older with each passing year. Roughly half the viewers during the 2013 World Series were over 55 and only 6% were under18.

Baseball's challenges are not limited to viewership. Baseball youth participation is also declining by around 7% per year, which is faster than the 4% per year decline in all youth sports participation.

In short, it's clear that baseball has work to do to ensure it remains relevant to the next generation. While this must include changes to the game itself, such as speeding up the pace of play, digital innovation will be critical to strengthening the connection between baseball and younger fans. Sports compete with all forms of entertainment, and consumers increasingly expect these experiences to be digitally enabled. Younger fans are much more likely to watch sports in digital channels than other sports fans.

To its credit, baseball has invested heavily in new technology to make the game available on a variety of platforms. MLB AtBat is the leading mobile sports app on both iPhone and Android, and MLB Advanced Media (MLBAM), baseball's digital arm, is a world leader in the streaming of sports programming -- not just its own programming but also programming for third-party clients like ESPN and the NCAA.

Yet baseball's current approach to digital is not making progress fast enough. It is behind other sports in implementation of customer-facing wifi (20 of 30 MLB stadiums vs. 23 of 29 NBA arenas) and lags other sports that are aggressively investing to enhance the in-stadium experience (e.g. Levi's Stadium, Barclay's Center, AA Arena). MLB is also behind other sports in social media fan engagement, with half the average number of Twitter followers as the NBA and a third of the number of in-season social media discussions as the NFL. The imperative for MLB to further accelerate progress in digital will only continue to grow; with national television ratings for baseball games on a steady decline, and four of the six worst-rated World Series in the last six years, current licensing deals for broadcast rights are poised to face pressure.

Going forward, baseball needs to shift its focus beyond content distribution (streaming) to figuring out how to harness the power of digital to enhance the way fans experience sports. There are four key areas of digital innovation that are critical to the future of baseball:

The second screen experience. Second-screen innovation also creates significant opportunity to enhance and personalize game broadcasts, such as apps that include custom-angle replays, real-time player stats, and trivia questions -- and these apps can even be embedded into digital TV as Bloomberg sports is doing with LG.

Social media. Baseball has the ability to build and catalyze powerful communities, harnessing social media to keep fans engaged in the story of their sports teams and their athletes over time -- whether over the course of a single game, throughout the arc of a season, or over multiple seasons -- building on efforts by the Red Sox, Dodgers and others

Digital-centric content. Baseball needs to create content suited for an always-on, hyper-connected fan, by creating new, digital-first packaging of sports content that better connects with millennials. It should be designed specifically with digital platforms in mind rather than pushing traditional TV programming through digital channels.

And going forward, teams need to play a greater role in these digital innovation efforts, collaborating with MLB Advanced Media. To date, digital innovation efforts have been led almost entirely by MLBAM, which has helped accelerate progress and maintain a high standard. However, the primary connection in baseball is between fans and their local teams and given this, the teams need a greater ability to adapt and enhance these new, digital platforms to connect their team brands to their local fans. Allowing more initiative by the clubs will also help MLBAM maintain its leadership, as more points of innovation allow for more experimentation, innovation and breakthrough thinking.

Baseball remains a critical part of America's history and culture -- but baseball is stuck between preserving its past and making progress toward its future. Securing that future requires that baseball shift its focus more to progress than preservation. 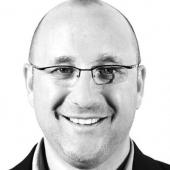 Bill Kanarick
Bill Kanarick is CMO at SapientNitro, whose clients include the Boston Red Sox.
Follow View all articles by this author