From Blocking to Liking: The Future of Ads | Ad Age
Skip to main content

From Blocking to Liking: The Future of Ads

For a creative professional, it must be demoralizing to know that people will do almost anything to avoid seeing your work. The good news: the cat-and-mouse game between brand and agencies can't last much longer. We're already seeing the rise of a new form of engagement that renders ad blockers obsolete. Of course, it'll also mean the end of the line for traditional ad players and their banners -- but you can't have everything.

Recently, Facebook and Adblock have battled over who will control the delivery of consumers' least-favorite form of online content. First, Adblock allowed customers to block ads in their Facebook feed. Facebook responded with a new Adblock-proof version of its site, which also allowed members to provide input into the kind of ads they'd like to see.

Most recently, Adblock has sought to sell ads in place of the ones it blocks.

Even the most fed-up consumer has to concede the economic model of the web: If publishers can't monetize their audience, you can kiss all that free content goodbye. But there has to be a better way. And not just for the sake of consumers; the current model isn't doing advertisers many favors either. Reportedly, Facebook's own analytics partner, Moat, has found that most video ads on the social network are seen for only a second or two, below the industry standard of a "viewable" ad. Not to pick exclusively on Facebook -- the numbers aren't much better elsewhere on the web.

Let's take a step back for a moment and look at the big picture. There are two kinds of content on the internet: stuff people choose to see, and stuff that's forced on them. Instead of finding better ways to force content on people, wouldn't it be more productive to focus on giving people content that they really want to see?

One of the most transformative trends in today's media sphere is the rise of the web-native content creator: the self-made YouTube stars who've built audiences, careers and fortunes on their ability to give people what they want. That grass-roots credibility makes these people ideal influencers. Sparking virality is their bread-and-butter. Their fans aren't naïve; they know what a sponsored post is. Nevertheless, an endorsement by one of their favorite personalities, delivered in the same voice and style that they already love, can carry a lot of weight.

From blocking to liking

By working within the context of the relationship between influencers and their audiences, rather than trying to inject your message into a consumer's experience from the outside, you can make your brand an integral part of the conversation. Consider the recent Dr Pepper campaign on Facebook. The company worked with digital influencers to post photos of themselves with its products -- and earned thousands of likes, comments, and tags in the process. When's the last time a traditional ad generated that kind of organic enthusiasm?

And you're not just leveraging the content creator's established popularity. In addition to their unique sensibilities, these influencers are also bringing their own production tools to the table -- from the idea, to the camera, lights and setting they use to create the image.

There will always be opportunities for traditional creatives to ply their trade. But as brands, publishers and consumers alike discover a world where sponsored content is welcomed, not shunned, the best creatives are already scrambling to adjust their skills and services to a field defined by self-created influencers, not bullpen brainstorms. 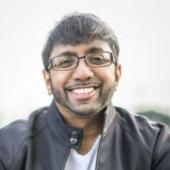