Branded Content: Is It Better to Own or Sponsor?

What You Gain in Ease, You Could Lose in Control
READ THIS NEXT
You Can't Stop Instagram Bots by Looking. Brands Have to Stop Buying Them
Shane Snow
Credit:
Shane Snow
Pretend you're reading this at home, and your sweet tooth has taken control of your brain. In the cupboard, you've got raw ingredients for a caramel chocolate fudge cake recipe that looks amazing, though you've never tried it. There's also an excellent, expensive cupcake shop around the corner. Here's your dilemma: You can face the delay and uncertainty of your own baking, or you can have your cake right now -- but it comes only in vanilla. What do you do?

Many advertisers are facing essentially the same question, as branded content surges as an alternative to digital ads. Do they make their own content, or buy it from somebody else? Creativity, control, speed, quality and cost -- all are at stake. Which one to choose?

GE makes its own media for brand properties like Ecomagination.com, its informational site about technology and environment. Cadillac, on the other hand, elects to sponsor a travel site, Gallivant, for a month at a time. Virgin Mobile's model is to create innumerable lists that it posts on BuzzFeed.

It's all branded content, but each is a vastly different investment. Sponsoring content on a media property can cost much more than generating content on your own property, such as a microsite or blog. But there are plus and minuses to both approaches.

Owning the media in this fashion gives the sponsor full control of the message, allowing it to develop a unique and memorable voice, and to engage with readers and viewers on the brand's home field, with the brand's own design. But, as anyone in media will tell you, building a devoted audience as a publisher requires patience, coordination and leadership, not to mention talent to create appealing stories. Brands face the additional challenge of pacifying the variety of corporate cooks who typically want to weigh in on any outbound communication (including the in-house counsel and the CEO's niece who thinks she's an editor). Navigating those waters requires an empowered editorial helmsman.

The internal complications lead many advertisers to chicken-out and buy interruptive, shot-in-the-arm banners and TV spots. The average click-through rates and user-engagement time on owned media can be 10 times that of banners. But persuading one's boss to wait six months for results to grow, when superficial results can be bought now, can be a magician's feat.

Last year, GE sponsored a short series on BuzzFeed called "The GE Show." One of its stories, "The 60 Most Beautiful Cinemagraph GIFs" which showed examples of a new type of visual media (essentially, high-definition still images with overlaid video), garnered nearly 120 responses and 1,000 shares. The post became instantly popular, garnering tens of thousands of views from being on the BuzzFeed homepage, plus extra traffic from friends of the 1,000 readers who shared. It was a powerful alternative to annoying readers with a takeover ad, and just as easy to buy.

As was the case with BuzzFeed and "The GE Show," content sponsors typically get story ideation and approval rights, and the publisher creates the stories in its own voice and style. The publisher can then maneuver posts in order to obtain the number of impressions the advertiser paid for. ,p> With ease come downsides: lack of control, both creatively and process-wise; the audience is loyal to the publication first, advertiser second (BuzzFeed users are there because they love BuzzFeed); and it's difficult to capture traffic for content retargeting from a sponsored slot where the content is blanketed in the media company's design (placing a sponsor's code for a newsletter subscription form or a cookie for content retargeting requires custom programming, which requires code reviews, contracts, etc.).

However, when brands team up with established publishers like Forbes, The Atlantic and Gawker, which are among several media companies to have created BuzzFeed-like sponsored content programs, they can inherit audience trust. Said Mashable COO Sharon Feder to me on one occasion, "Our readers love our advertisers, because of the content they sponsor." When BMW underwrites Mashable's "Innovation Series" and refrains from speaking about cars (per Mashable's editorial policy), readers appreciate and respect BMW more than if it had smooshed ads in their faces. "Thank you for not interrupting us," they say. "And thanks for the great content."

As a journalist, I'm eager to see sponsored content buoy up the beleaguered media business. As a business owner, I'd prefer all my branded stories to live on my site ... but for everyone in the world to spread them with social media. I don't want to spend decades building trust and credibility as a publisher, but I'd like to earn those things in the long term. I'm not sure it's possible to have that cake and eat it without teaming with a big publisher.

That's why I believe the answer to the initial question in this article, "to own or to sponsor," is "both." Many brands will team up with media companies in the short run and eventually emphasize their own content destinations as their programs mature, as they see results and as they get internal organizational buy-in. Essentially, they'll "rent-to-own." But it's probable that the most successful content programs will always contain a mix of owned and sponsored. And while both media and advertiser make out well in this model, the real winners are consumers, who will get all the cake they want.

ABOUT THE AUTHOR
Shane Snow is Chief Creative Officer at Contently, a platform and talent network that helps companies tell exceptional branded stories. Find him on Twitter @shanesnow. 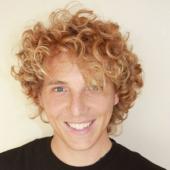