Brands: Don't Let Your Hashtag Strategy Turn Into a #Fail

Four Tips for Using Hashtags Effectively
READ THIS NEXT
You Can't Stop Instagram Bots by Looking. Brands Have to Stop Buying Them

This planning season, hashtags are all the rage. Put one on the print ad! Tag the end of the spot! Add it to the waiting room brochure!

As we've seen, hashtags like #askjpm, and #myNYPD are the latest examples of brands that thought their hashtags were an amazing idea until they blew up into a wildfire of negative sentiment.

Yet we've also seen a lot of well-used hashtags, like the recent #allin from Adidas during the World Cup or #6secondscience from GE. But what separates a #win from a #fail?

1. It's not your campaign as a single word.

Understand the premise that your brand lives in the real world. Take #worldstoughestjob from cardstore.com. Launched by a video underscoring how much we appreciate our moms, the hashtag relies on a simple premise that everyone can immediately understand.

However, many brands do not fall under the category of a "simple premise," and a social media campaign that incorporates a custom hashtag, unless built on a simple and universal human truth, will quickly provide kindling to detractors if it doesn't hit its mark immediately. No one will take the time to understand the campaign and how it works before they blast away with their gut reaction.

2. Use what people are already using.

The best thing you can do in social is advocate for the people who are already sharing the experience that your campaign is attempting to tap into. If your target audience is already using a specific hashtag, there's no higher compliment than validating that community by putting your campaign dollars behind them to give their voices more amplification. Social teams can measure the impact your brand is having in a space just as well with an existing hashtag as they can by making a hashtag from scratch. The difference is, promoting an existing hashtag ensures that it's already being used by a group of people in a positive and impressive way.

However, when you create a hashtag for your product and try to move people, it isn't guaranteed to be successful and can easily alienate the very people the campaign is meant to reach. Especially in cases where you are trying to appeal to smaller, niche groups, giving small communities greater visibility means reciprocal advocacy from those people and a tremendous increase in volume around the topic. For some brands, conversation has grown over 100% around a topic -- and that meets a brand's goals of visibility, too.

Hashtags should not be #setandforget. They need to be managed by community managers to continue rewarding the positive behaviors in the audience; this is where you see social scale fast.

Create assets that show great usage behaviors in other media. Take the tweets or posts and design them into new images that the campaign can post -- again, making your advocates the stars and giving them content they can share is a win-win for the product and the network. Or create a video montage out of all the best tweets and posts. It's not difficult to get permission for using these posts (it's actually flattering to people); it creates a searchable object where social users can see all the great things others are saying about the brand; and best of all, it's social proof that this product or conversation is one where the people, not the products, take center stage.

Hashtags will always be an uncontrolled collection of what people are saying, so they can quickly see who is grouping around a specific topic. To avoid creating a hashtag that just shows people a list of what's wrong with a product, involve them early, build on what they're doing, and celebrate what they've done. At every turn the campaign wins because it's helping first. 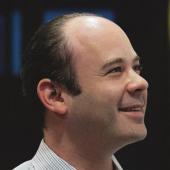