How Brands Can Use Pinterest Without Breaking the Law

Sorry, But Most Images On The Web Aren't 'Public Domain'
READ THIS NEXT
You Can't Stop Instagram Bots by Looking. Brands Have to Stop Buying Them
Brian Heidelberger

As an advertising lawyer, I'd like to thank Ben Silbermann of West Des Moines, Iowa, for founding Pinterest, the hot new thing in social media. Given that all the frantic legal questions regarding Facebook and Twitter seem to have slowed down, it is our hope that Pinterest will cover this month's bar bill at the club (and maybe even our annual dues).

For those social media marketers who recently have been too busy tweeting about the Grammy's and Oscars (without permission) to get up to speed, Pinterest offers users the ability to organize images on a virtual pinboard. In practice, users can "pin" images from other's websites to their Pinterest page (or "pinboard") which are then visible to and can be "re-pinned" by other Pinterest users (kinda like a "re-tweet" or a "share" on Facebook). The pins use whole images (not just thumbnails) and link the viewer back to the original source of the image.

How Pinterest is Different
Unlike Twitter and Facebook (yawn! – so 2011) the main use of Pinterest is the posting of photos that the user doesn't own. In contrast, the main use of Facebook and Twitter is to post content created by the person posting and to link to content the user doesn't own. And while consumers may be currently "pinning" images that they don't own to their personal Pinterest page seemingly without repercussion, a major advertiser developing a brand pinboard likely won't have the same luxury. To be clear, just because the Internet gives a brand the ability to pin an image to a Pinterest page doesn't mean that it's legal. In truth, the vast majority of images found on the Internet are not "public domain" and pinning or re-pinning them on a brand's virtual pinboard, risks of a copyright infringement claim by the original image owner.

How to Limit Liability
Given the risk of copyright infringement, how can an advertiser still take advantage of the Pinterest hoopla? First, only pin (and "re-pin") images that your brand owns or has appropriately licensed. For licensed images, pay special attention to any license usage limitations. At a minimum you will want unlimited usage on the Internet, but given that use on Pinterest is such a new use that you may want to consider specifically listing "Pinterest usage" in the license. Another good way to find images that you can pin or re-pin is to leverage brand partners' images (with permission of course), which increases your image library, and affords your partner additional traffic to its sites.

We're not going to kid you, this risk reduction strategy will significantly limit your ability to pin and re-pin content found on Pinterest to your company's brand page. But unfortunately the way consumers are currently using Pinterest just isn't the same way that your brand will likely be able to use it, given that a brand's commercial use will be much more attractive to potential plaintiffs. Pinterest attempts to limit its own legal liability by providing in its terms that users are only supposed to post or pin content that they own or that they have the right to post. From a practical matter, this may give Pinterest some legal protection, but the same legal protections will not likely protect your brand page since you are directly pinning the images.

To address copyright concerns, Pinterest recently introduced the "nopin" code, which allows websites to block users from pinning their images. But a website's images aren't fair game just because it doesn't display a "nopin" code. A copyright owner has no obligation to use a "nopin" code, and one cannot assume that the failure to use a "nopin" code is implicit permission. Similarly, there is even risk for brands that pin images from websites using a "Pin It" button, as there is no guarantee that the website allowing you to "Pin It" actually has the proper copyright to grant you rights to pin the image.

Celebs and Other's Trademarks Are Still Off Limits
Would you post a large picture of the alleged milk-a-holic Lindsay Lohan to the home page of your brand's website? Not without risking her lawsuit for $100 million. With respect to third party trademarks and the use of celebrity names and likenesses, the same general rules that apply to your brand's website should be applied to Pinterest. Pinning images of third party trademarks or celebrities could lead to claims that the brand is using the trademark and/or celebrity for its own commercial purpose without permission in violation of the law. You're more likely to get a complaint if the trademark owner or celebrity whose image is used already has a relationship with your competitor and certainly the higher profile celebrities/brands present more risk. Finally, don't forget that the pinned images link users back to the originating website. So as an advertiser you may want to evaluate whether you want your brand to be associated with all of the content available at the linked site.

Unique Promotion Issues
Using Pinterest for promotions presents its own practical issues. You have limited space in which to make required disclosures, like the official rules (500 character descriptions). Also keep in mind that Pinterest boards aren't private and are viewable upon creation. So before encouraging consumers to create a themed pinboard for your promotion, consider what images the consumer may connect to your brand. Don't forget that consumers may use images they don't own which, in addition to copyright issues, could present complications if you planned on using the winning pinboard for later publicity. To be safe, you may consider providing consumers a library of images to pin from that you own or have licensed. 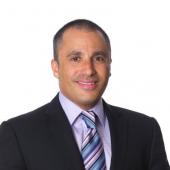