Humor, Emotion and Brand Messaging Take a Pun Past a Simple Joke
READ THIS NEXT
You Can't Stop Instagram Bots by Looking. Brands Have to Stop Buying Them 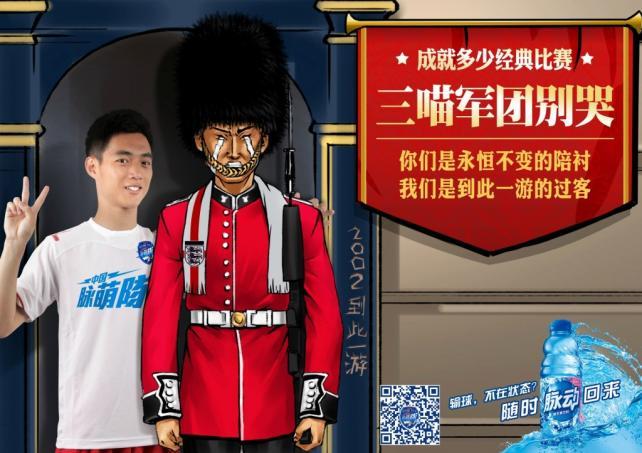 That's partly because people in China have a relative dearth of exciting mainstream entertainment choices and trusted information sources, and because the one-child policy has left young people looking for opportunities to socialize.

So how are foreign brands tapping into China's vibrant internet and social media culture? Take Mizone, a popular drink brand from Danone.

During the World Cup, Mizone used Weibo, China's Twitter-like platform, to reach football fans with a series of creative comics.

After England's surprisingly early exit, Mizone created a comic featuring a tearful Queen's Guard that referred to England as the "Three Kitty Cats" instead of the usual nickname "Three Lions." It read: "Don't cry, Three Kitty Cats. At least you were in the tournament. We [China] were just spectators."

Mizone's Weibo post comforted World Cup-crazy Chinese fans' disappointment in seeing a favorite team bow out of the tournament early, by humorously referencing the failure of China's own football team to even qualify. The brand said its message came from the "Mai Meng" team, a pun that integrated Mizone's Chinese name with a current slang term that is hot online and means "playing cute."

The creative campaign generated massive buzz. Various forms of the #Don'tCry# hashtag were mentioned by netizens 355,000 times, surpassing Nike's World Cup Weibo hashtag #Risk Everything#, which had 93,000 mentions, and Adidas' #All In Or Nothing# which had 113,000 mentions. In terms of reposts, Mizone's hashtag was reposted 143,000 times on Weibo compared to Nike's 61,000 and Adidas' 95,000.

Mizone's performance in China far exceeded the most famous example of responsive marketing in the West, Oreo's famous 2013 Super Bowl "You can still dunk in the dark" message, retweeted about 16,000 times on Twitter.

How could Mizone find such great success? If you are not a fluent Chinese speaker familiar with what goes on in Chinese social media, you probably don't get it. And that is exactly the point.

Nike and Adidas made the most of their massive investments in various World Cup sponsorships online and off, with impressive creative and universal messages. Mizone's relatively lower-spend, social media-focused effort tapped into China's unique cyberculture and was very local.

Michael Griffiths, global expert in cultural insight and strategy at TNS, says that creating such a "movement" taps into the zeitgeist of Chinese youth, which is all about potential, emergence and actualization, but also connectivity and sociality, so that netizens are part of a movement and identity bigger than themselves. The Mizone campaign was energetic yet entirely unthreatening, friendly, accessible and cute.

But Mizone is not only being "punny." With its real-time effort to restore the mood of World Cup fans after disappointing losses, it also reinforced its brand message (the drink touts its restorative powers).

"Don't Cry" has now worked its way into the netizen vernacular as a means to counter disappointment. Writing about exams, one netizen posted: "Don't cry if you fail the National College Entrance Exams. Next year you can apply to technical schools (tears)."

By providing netizens a platform to articulate emotion, while at the same time offering a sort of condolence, Mizone reinforced its brand positioning in a unique and locally relevant way. While typically it is key opinion leaders, or netizens on creative online communities like Douban, who drive cyberculture products, Mizone's success shows that brands are welcome in the discussion as well.

In the end, if brands can work with the internet as a cultural force, not just a medium, there is an incredible opportunity for real and deep impact in a uniquely local and relevant way. 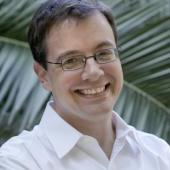