Springsteen's Ongoing Tour Faces Frankly the Deaths of Two Longtime Band Members -- a Lesson in Great Marketing
Steve Goldner
It happens to all marketers. They hit a moment when something dramatic and unexpected, or, more often than not, banal, affects their company's position in the marketplace, and they don't know how to react. Often, they flounder in place, desperately trying to work out their brand's next move. Perhaps they should take a lesson in crisis management from "The Boss" -- Bruce Springsteen. The future of the E Street Band was in question when band member Danny Federici died in 2008, and more recently, the passing of "The Big Man," Clarence Clemons. Springsteen's initial comments following their loss were unequivocal: the band would continue. He laid to rest any questions over the sincerity of his commitment during the band's opening concert of its Wrecking Ball Tour. Staged at the iconic Apollo Theater in Harlem on March 9, Springsteen's words that night, and his unequivocal actions to help the band heal from its loss and move forward, reveal two important marketing lessons: Reinforce the Strength and Value of Your Brand The core value of the E Street Band's brand is its commitment to its audience and the unique role each band member plays in creating a synergistic organization. While Springsteen serves as the band's literal and figurative "boss," each member has a vital defining character. After Clemons' death, the Big Man was on everyone's mind. The introduction of each member is a legendary part of the band's show. Springsteen most often preceded Clemons' intro with something like, "Master of the Universe. More powerful than a locomotive. Is it a bird? Is it a plane? No. It's the Big Man on the saxophone, Clarence Clemons." How would he fill this void? The answer to that question is Springsteen's second and most important digital marketing lesson: Don't Skirt Around the Issue Springsteen is the master of creating an emotional bond. As he goes through introductions, he shouts "Roll call!" and introduces the entire E Street Band on stage. That night at the Apollo Theater in Harlem Springsteen reinvigorated the E Street Band brand by directly addressing the issue on fans' minds. After introducing his band mates, Springsteen asked, "Are we missing anybody?" The crowd responded with a light and uncomfortable cheer. He asked again, "Are we missing anybody?" with a little more sincerity and purpose. And then he asked one more time, with conviction. He had the crowd in his hand and said, "That's right, we're missing a few. But the only thing I can guarantee you tonight is that if you're here, and we're here, they're here." The Boss declared that the iconic E Street Band brand is not only alive and well, but is committed to giving the audience exactly what it wants. Springsteen addressed the change that might have disillusioned his audience. He did so in a proactive and gripping manner. As a master marketer, Springsteen recognizes that a brand must embrace new norms and challenges, while constantly reinforcing its values and the emotional bonds that tie it to its customers. Anything less risks heavy losses to brand equity and affinity in an age when consumer sentiment is fleeting. Most brands don't have the luxury of using a packed stadium and a global fan base to advocate their value. Neither did Springsteen and his band mates when they first started. He recognized the value of building his brand, and that of his band, for the long haul. In a "like"-based online ecosystem, Springsteen and the E Street Band stand out as a testament to the emotional ties that take years, not minutes to build, and can come crashing down in fleeting seconds if not properly nourished and managed. Social media is every brand's stage. Successful marketers use it to reinforce their brand's value and affinity with customers, not to project that value onto them. They use it to entertain and inform and to yield a powerful emotional response from their customers, just as Springsteen does every night that his band is on stage. It's time for brands to find their inner rock star -- the long-term rocker, not the "like"-based flameout. 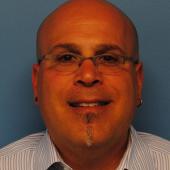 Steve Goldner
View all articles by this author