Accountability and Trust in the Ad Ecosystem: How Platforms Can Help | Ad Age
Skip to main content
Sign In Register

Accountability and Trust in the Ad Ecosystem: How Platforms Can Help

READ THIS NEXT
You Can't Stop Instagram Bots by Looking. Brands Have to Stop Buying Them
Credit: fotosipsak/iStock

The ad ecosystem has always been built on a sense of "cautious trust." This created a system where platforms largely operated in silos and the information shared with advertisers -- whether it be campaign, inventory or audience data -- was guarded. However, that system began to fall apart last year.

Ad fraud and viewability. Last year, a wave of endemic bot fraud cheated advertisers of more than $7 billion dollars. Similarly, viewability -- the degree in which an end-user actually sees an ad -- is a growing concern. Google has said that nearly 60% of its ads are not seen. And viewability can vary wildly among individual media sellers.

Measurement miscalculations. Facebook's recent struggles with measurement have only fueled longstanding concerns. It was, in the words of Unilever's chief marketing officer, as if Facebook was being left to "mark their own homework." As a major player in the media-buying supply chain, a miscalculation on Facebook's part has an industry-wide impact on advertiser perceptions, who risk losing faith in campaign value.

Desire for data. According to eMarketer, although data-driven marketing is "virtually universal," more advertisers are relying on third-party data, and they want greater insight into cross-channel/device measurement to understand campaign success. Data access and openness are fundamental in today's landscape. This is why brands are investing more in data collection and analytics. They are eager to have access to more pipes and sources. This desire for greater transparency is partly why Snapchat, which offers very limited data insight, gives some advertisers pause.

Advertisers want and deserve deeper insight into how agency and technology partners are acting on their behalf; they want to know how their money is being spent. Proctor & Gamble, the world's biggest advertiser, recently announced that it will review all media agency contracts this year. P&G's goal: to extract broader transparency and data from what the company has called "murky" agency and publisher relationships. And other advertisers are following P&G's lead.

So, what can the ecosystem do to course-correct? Technology platforms, given our position as both ad-buying and ad-selling facilitators, are particularly well positioned to deliver on increased calls for transparency and accountability. But that requires shifting away from the traditional "walled garden" model of digital advertising and embracing a more open and flexible approach. Here's how.

Build open technology. Open technology will unlock greater transparency in the advertising ecosystem. According to Gartner, there are more than 2,000 "significant" platforms in the ad tech landscape. Even with consolidation, successful technology services on both the buy and sell-side need to be vendor and media-agnostic. They must be designed to be open and flexible -- capable of integrating with hundreds of popular third-party services and sources that fit into the larger advertising supply chain. The desire to be a "walled garden" will, of course, continue to exist. But the problem for advertisers is that walled gardens allow their partners to "grade their own homework," often obfuscating ROI and data.

Embrace third-party verification. Third-party verification is quickly becoming standard protocol in digital advertising, and technology platforms need to proactively embrace this shift as the cost of doing business. A survey by the Association of Advertisers, for instance, revealed that 97% of advertisers want independent measurement of their media buys from third-party companies like Moat, DoubleVerify and ComScore. Advertisers are now choosing who they work with, based on whether or not they will allow independent verification. This matters not just for viewability and ad fraud, but also for general attribution and campaign success. For years, Facebook has slow-walked these demands. But that changed in 2016, with Facebook's well-publicized ad measurement woes and its recent announcement that it will be audited by the Media Rating Council to verify ad measurement accuracy.

Be transparent (Duh). Programmatic ad tech has quickly become the backbone of internet advertising. Per eMarketer, programmatic ad spend in the U.S. alone has grown more than 72% over the last three-year period. For advertisers, automated buys versus direct sales has allowed for smarter, more efficient data-driven transactions. However, even with its considerable benefits, many advertisers continue to cite transparency challenges across programmatic environments. With programmatic technology so deeply embedded in the ad supply chain, vendors offering solutions need to ensure "well-lit" auctions for their customers. This means delivering greater transparency across the programmatic lifecycle -- being upfront about demand sources, fees, CPMs, bids and attribution. As programmatic technology becomes table stakes, vendors can dramatically influence and raise the degree of transparency and accountability across the overall ecosystem.

The industry's cautious trust has always been fragile, but the crisis of confidence will only generate a new era of transparent and accountable digital advertising, with vendors leading the charge. While the "black box" era is dying, the future is bright. 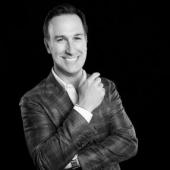 Tim Mahlman
Tim Mahlman is president of AOL Platforms.
Follow View all articles by this author