How BuzzFeed Is Winning With Asian-Americans

Four Strategies for Brands to Engage with the Asian-American Audience
READ THIS NEXT
You Can't Stop Instagram Bots by Looking. Brands Have to Stop Buying Them

At first glance, a hard-hitting piece on affirmative action seems far removed from the humorous viral sensation "Ask An Asian." Yet both pieces were published on BuzzFeed -- an unlikely hub for issues affecting Asian-Americans. BuzzFeed hasn't been shy about pursuing this wildly underserved market and has achieved impressive cultural relevancy that many brands have failed to earn.

Asian-Americans have quietly overtaken Hispanics as the fastest-growing multicultural segment in the U.S., albeit from a much smaller base, and brands are taking notice. Combined with the fact that the median household income for Asian-Americans surpasses that of the total U.S. median income by 28%, you have a highly lucrative segment that demands to be courted.

By publishing content aimed at specific ethnic groups such as "22 Signs You Grew up With Immigrant Chinese Parents" and "21 Annoying Comments Filipinos Are Tired of Hearing," BuzzFeed has become a destination for Asian-American voices that are fresh, funny and truthful. Most importantly, BuzzFeed has filled a void, and so can your brand by building on its example.

To reach Asian-American consumers without falling back on stereotypes or generic marketing, you should:

1. Use CRM to customize messaging. Asian-American consumers are the leaders in online shopping, tech adoption and smartphone usage, which makes inbound marketing a terrific investment. However, most brands aren't dedicating enough resources to targeting Asian-Americans or targeting them effectively.

Treating Chinese, Korean, South Asian and Filipino consumers the same just doesn't work; you must address their individual cultural nuances by segmenting your audience and customizing your content, imagery and creative for each group.

I once worked with a client that used the same creative to reach Filipino, South Asia and Chinese consumers. The client's average email open rate was only 12%, because the messaging ignored the differences within the distinct Asian communities. After segmenting the client's audience based on their countries of origin, email open rates increased by 10% in the first month and 60% by the eighth month.

2. Create courageous content on themes that resonate. Content that touches on enduring themes such as family, community and tradition can be effective for winning over different Asian-American subsegments. BuzzFeed has proven this works by publishing a mix of content tackling sensitive cultural issues such as casual racism and heartfelt topics such as what Filipino-Americans miss most about the Philippines.

3. Use in-language messaging. This may seem like a no-brainer for multicultural marketing, but in-language media is more integral to reaching Asian-Americans than other cultural segments. Three out of four are foreign-born and often feel more comfortable consuming in-language content.

For instance, 47% of Asian-Americans speak English less than "very well." In fact, even those who speak English outside the home use in-language media and consider it a vital part of their cultural heritage.

4. Emphasize the benefits. Asian-Americans are a value-driven segment and spend more dollars on deals than non-Asians. They're willing to pay more for high-quality products, but they react better to blatantly promotional messages than other ethnic groups (such as deals mentioned in email subject lines).

With nearly 19 million Asian-Americans living in the U.S., no brand can afford to ignore this valuable segment. But it isn't enough to translate your mass-market campaign into various languages or hire Asian-American models to appear in your ads. You need a distinct approach and a voice that resonates with each unique subsegment. Only then can you show Asian-Americans that your brand understands them and cares about their cultural values. 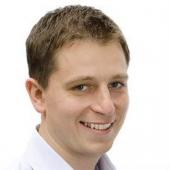 Yuriy Boykiv
Yuriy Boykiv is the co-founder and CEO of Gravity, a full-service advertising agency that helps brands connect with cultural and international consumers.
Follow View all articles by this author