One Way to Shed the Cat-Video Stigma (Hey, It Worked for Vevo)
READ THIS NEXT
You Can't Stop Instagram Bots by Looking. Brands Have to Stop Buying Them
Tod Sacerdoti

There's a good chance you read the title of this article and thought, "Blasphemy! How can you propose rebranding the internet's dominant video platform and second-largest search engine? It's cost $1.65 billion for God's sake!"

My answer? It's all about the Benjamins.

To be clear, I am not suggesting rebranding the entire site. I am simply suggesting that YouTube rebrand the portion of their inventory that is largely professionally created and which brand advertisers covet but is estimated to be less than 10% of total traffic.

First, there is ample evidence, both factual and anecdotal, that in many people's minds, YouTube is synonymous with user-generated (UGC) video. By the way, plenty of advertisers love cat videos. But determining what's brand-safe and what isn't among the amateur stuff is still a problem. And because of this unavoidable association YouTube overall captures less of global video ad budgets than its market share (40%) suggests it should have.

Second, YouTube is struggling both to fund premium content and sell ads against the premium content it already has at rates that are competitive with Hulu and others. YouTube has large amounts of premium content, more of it in fact than any broadcaster with an online presence. However, it simply isn't commanding the same pre-roll rates as its traditional media peers.

Third, and most compelling of all, is the overwhelming evidence that this rebrand strategy just might work:

So, let the name game begin. Four letter names seem to be doing well in video -- Hulu and Vevo have proven that. Perhaps it should be a blend of traditional (YTV) or leverage the existing Google domain portfolio (they own Hello.com).

My only request is don't call it the Tiffany Network. I own TiffanyNetwork.com and don't want to get a threatening letter from Google after they file their trademark application. 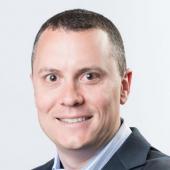 Tod Sacerdoti
Tod Sacerdoti is CEO at BrightRoll, an online video advertising company.
Follow View all articles by this author