China: Can You Afford to Ignore the 'Other Internet?' | Ad Age
Skip to main content
Sign In Register

China: Can You Afford to Ignore the 'Other Internet?'

An Insatiable Appetite For Social Media and a Culture that Embraces Commerce
READ THIS NEXT
You Can't Stop Instagram Bots by Looking. Brands Have to Stop Buying Them
Adam Lehman

While Lau Seng Yee, the president of leading Chinese portal Tencent, delivered his presentation at Ad Age 's Digital Conference about the explosion of Internet use in China, I was shaking off jet lag from my recent trip to China. While there, I could feel first-hand the reverberations from China's explosive growth into an Internet Superpower. Just consider the following key China Internet stats (some of which Lau highlighted in his presentation):

In many respects, China's Internet growth connects it to the rest of the world. The Chinese exhibit the same insatiable appetite for social media as the rest of us, building on a longstanding Chinese tradition of valuing connectedness. And, just as mobile Internet use grows across the globe, it's skyrocketing within China. The nation already has as many mobile-only Internet users as there are total Internet users in the U.S.

In other ways, though, the Chinese Internet represents a world unto itself. First of all, there's the language. Not only do the Chinese characters render content inaccessible to non-speakers; but the double-byte encoding of these characters erects an additional entry barrier for software developed using the Latin alphabet. In addition, government policy actively shapes the Chinese Internet - and specifically blocks a raft of both international and domestic sites in mainland China. I encountered the reality of these restrictions each time habit led me to log in to my Twitter and Facebook accounts (nothing doing).

What will the Chinese Internet - in both its interconnectedness and separateness - mean for the world of digital content and marketing?

No major digital player can afford to forgo China. It doesn't matter what you think of Chinese policies on human rights, labor standards or IP protection. Unless you and your shareholders are prepared to write off somewhere between a quarter and one-third of the global Internet market, you need China in your five-year plan. And far more than in many Western markets, you'll have to significantly adapt your products, services and way of doing business.

The good news is that China is a marketing-friendly country. Marketing is everywhere you turn in urban areas, surprising, given press depictions of a government-driven and -controlled culture. The entrepreneurial spirit, rooted in thousands of years of commercial tradition, is alive and well in China. And China is most definitely in a period of relative "openness" when it comes to welcoming in foreign visitors and businesses. The Chinese spent thousands of years constructing the Great Wall of China as the ultimate barrier to foreign forces. Yet it's now a monument to Chinese inclusion. I walked the Great Wall surrounded by visitors from across Asia and around the world.

You will need to clear hurdle after hurdle to make your run in China. How will you organize an in-country entity that complies with government limitations on foreign ownership while retaining sufficient controls at HQ to be successful? How will you build a staff that balances expertise around your products and business, with local expertise and relationships (which are even more critical in China than in most other new markets)? If your product is technology-based, how will you navigate the different approaches to IP protection? And how will you make sense of the unique way in which government and free enterprise interact?

Even with these many challenges, your business can succeed in China. Global brands such as Yum Brands, GM and Starbucks are making strong and visible progress in building out their businesses within China. To appease my kids, we balanced our many experiences enjoying local cuisine with a lunch at a Pizza Hut in Beijing. It was the fanciest (and tastiest) Pizza Hut I'd ever seen.

Purely digital brands have fared less well, symbolized by Google, Facebook, Twitter and eBay, to name a few. Even worse is the fate of Dun & Bradstreet. Following its 2009 acquisition of 90% of Roadway International, D&B now faces charges that its Shanghai unit violated data privacy and anti-bribery laws.

I'm sure other U.S. Internet and digital marketing businesses will stumble in traveling the Silk Road to China, but ignoring this mega-market would be an even greater stumble. 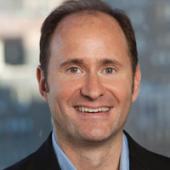