Go Ahead, Write Off Real-Time Technologies If You Want. Soon They Will Be Running Everything
READ THIS NEXT
You Can't Stop Instagram Bots by Looking. Brands Have to Stop Buying Them

Real Time Bidding is the hottest technology in online advertising, and with good reason. By connecting buyers and sellers in real-time, on an impression basis, RTB has enabled an explosion of technology, experimentation, and measurement, resulting in improved results for buyers and yield for sellers. But even with the hype cycle in full force and growth in a hockey-stick patterns, the importance of RTB as a disruptive innovation is largely underestimated.

Clayton Christensen first identified the concept of the disruptive innovation in the Innovator's Dilemma. The basic idea is this: a new technology slowly undermines an existing, dominant technology, by starting out cheaper and "worse," then slowly improving until it is a full replacement for the dominant one, but with newer, more flexible capabilities, and usually a lower cost basis. Classic examples of disruptive technologies include the PC (which disrupted mainframes and minicomputers) and desktop publishing (which disrupted the print industry).

What started as "worse" will soon rule

Ad exchanges were largely invented to enable ad networks to more efficiently and cheaply trade available impressions in order to meet performance goals. The word "performance" is important here -- we're talking about cost-per-click and cost-per-action deals and lead generation. This is the marketplace that , frankly, many of the mainstream members of the display ecosystem don't consider very sexy or, even, in some cases, reputable. The liquidity this enabled was largely middlemen selling to middlemen, and the advantage of the technology was the avoidance of truly terrible operational options like "daisy-chaining" ad server tags and "pass-backs," where impressions were passed back forward to an ad network, then passed back if unsold.

So while exchange technology was valuable to those who used it, it was (and still is ) considered a low-end innovation, and much "worse" than traditional display buying. Certainly the interactive agencies handling brand campaigns, major product launches, and the like, weren't getting excited about these buying opportunities a few years ago.

In the second phase of ad exchanges, RTB-powered buying and selling grew like weeds, rapidly displacing most non-RTB, and simultaneously exchange buying displaced a significant portion of direct remnant sales to ad networks. With the leadership of the agency trading desks like Publicis' Vivaki, ad agencies got the religion and started diverting real budgets from other indirect channels to RTB. This was very exciting! But even today the consensus remains that RTB is a great remnant technology, and will never seriously challenge the world of three-martini lunches, faxed IOs, relationships, and homepage takeovers.

Simply put, it remains "worse" than the incumbent ways of doing business.

As ad exchanges went real-time, a whole new set of companies emerged to enable buying and selling in these environments. Products like Google's RTB, and buying systems like those created by so-called demand-side platforms didn't take the existing ad serving paradigm to heart, but rather created their interfaces from scratch for the new environment. Some interesting things happened in this build-out. A lot of the assumptions that are at the heart of the display ad technology went out the window. Instead of exchanging ad server tags by email and with manual checks for syntax, this process became an API. Instead of trusting that every buyer met the conflict rules for competitive advertising, the servers started making requests and responses with blacklists and advertiser declarations. These decisions, and many like them, are the building blocks on which this "worse" technology will challenge the old way of doing things to it's core.

According to various studies the cost of buying online display advertising is roughly 2x to 10x that of other media. This overhead problem is blamed on the micro-targeted nature of online, where there are a near-infinite venues on which to buy, multiplied by numerous strategies of how to buy. This causes fragmentation of buying and selling, which, since the display market workflow was largely based on operational tactics borrowed from traditional media, doesn't scale. The proposed solution to this problem has been to layer on interoperability layers like the IAB's eBusiness initiative which automate the communication of the complexity across buyers and sellers. But what if a couple of years from now all the complexity just...goes...away? What if we don't need to communicate the complexity. But rather we manage the complexity on an impression-by -impression basis using our own algorithms. If you just read that last sentence and said to yourself "no way, it will never work like that , it's too complex" you just committed the first sin of evaluating a disruptive innovation.

Here's another example: rich media. The rich media business in display advertising is a poster child for dysfunction and lack of scale. Every vendor's poorly-documented and relatively arbitrary product architecture is held together by bandages and bubble gum, yet these ads represent some of the most lucrative impressions online. This technology hairball simply won't work in the RTB environment. So there are two options; either rich media ads won't run in RTB (the current situation), or the more rigid and defined structure of the RTB environment will force standardization and declaration of rich media experiences, cutting through the gordian knot.

Most disruptive innovations exhibit lower long-term marginal costs than incumbents. Does RTB cost less than traditional ad serving? On the one hand, you have traditional ad servers, with fully-loaded cost structures designed for relatively simple decision making, which then have to rework their technology stack to the complexity of RTB. On the other hand, you have a brand new stack built from the ground up for RTB that then addresses the traditional market by operating on a vastly simpler decision making scale for selected clients. Which of these two stacks do you think will have even lower marginal costs as it scales to even larger volumes?

But what about homepage takeovers and martinis?

Homepages are always the argument people make with me about the limits of RTB. Let me be clear, I'm not suggesting that the human relationships, creativity, packaging, and overall high-touch associated with display advertising will be replaced by RTB. But, there's no reason why RTB technologies couldn't be used to execute a homepage campaign that was sold in the more traditional way. Gone will be the IOs and T&Cs, replaced with pre-defined private deal parameters. Gone will be the emailed tags, replaced by APIs. Gone will be the broken pages because of last minute trafficking errors, replaced with verified and audited creatives within a documented environment. And gone will be discrepancies and piddling fights over counting and data ownership, replaced with well-defined interfaces for counting and anonymizing data.

Whither the media buyer?

The Media Buyer's role in RTB becomes much more important than ever before. But instead of evaluating sites and line-items on the budget, the media buyer needs to adapt to a world where each clients' strategy may be wholly different, and where little counts other than the data. Brand buying moves from monthly panel-based statistics about top sites to historical views of past results and projections of those available through different buying strategies. Publishers need to step up with the data as well to differentiate and win the deal in an environment where supply is near unlimited.

The fact that RTB is quickly taking over remnant inventory is , in fact, the first step in a major disruption to the entire online display ecosystem. The new technology stack will replace, in full, the current way of doing things, and sooner than many expect. The next time you hear a comment about RTB being only for the "least valuable" inventory, think twice about what the speaker is really saying, and try to imagine it playing out a little differently. 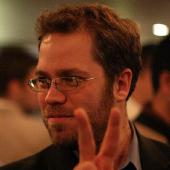 Ari Paparo
View all articles by this author