What the Clinton Global Initiative Learned From Virtual Reality

Four Lessons for Brands About Using VR for Storytelling
READ THIS NEXT
You Can't Stop Instagram Bots by Looking. Brands Have to Stop Buying Them

One year ago, former U.S. President Bill Clinton embarked on a journey to East Africa that made many in the industry take notice. He witnessed children hearing for the first time, met with Tanzanian women who were selling solar energy to support their families, and visited a Nairobi classroom where technology helped children learn about malaria prevention. What's unique is that it was all captured in virtual reality.

Since its debut at the Clinton Global Initiative (CGI) 2015 Annual Meeting, its release on the Oculus Store and its launch as one of Facebook's first 360 videos, "Inside Impact: East Africa" has immersed more than 1 million people around the world in President Clinton's and Chelsea Clinton's 2015 journey to the region. This group of viewers around the world intimately experienced the impact of CGI's work in a way that would not otherwise be possible.

By providing a visceral account of how CGI members are changing lives on the ground, the film is one of a growing number of productions whose reach, quality and clout -- including recognition from the Daytime Emmys and SXSW this year -- are building a strong case for the narrative impact of VR.

The opportunities are immense for VR as a vehicle for storytelling. But navigating any emerging medium comes with its challenges. Whether speaking to non-governmental organizations (NGOs) or businesses interested in the ever-expanding world of new technology for storytelling, I've found myself sharing four lessons based on CGI's experience as an early adopter of VR:

1. Forget what you know about multimedia. In VR, you lose the editorial control of traditional film -- so say goodbye to the ability to manage, frame-by-frame, what the audience consumes. For example, the average shot length of 2.5 seconds in modern films could nauseate your audience if applied to VR.

Meanwhile, VR works best when you allow the action to unfold before you and give the audience agency. In this way, the genre has more in common with a play or video game than a traditional web video.

2. Storytelling and craft are still essential. Not every story will translate into a transformative experience through VR. It's still important to craft a narrative. That means taking the audience on a journey that has a beginning, middle and end, while at the same time allowing the audience to explore the enchanting world you've placed them in.

The narratives that work for other spaces shouldn't be forced onto VR. In our case, we worked with the filmmakers to identify the right story to fit the medium -- a series of scenes that would feel participatory, intimate and immersive.

3. Make sure you partner with the right people. CGI is a pioneer in partnership-based global philanthropy, a model that has helped top business, government, philanthropy and NGO leaders make a difference in areas ranging from parental leave policies to air pollution.

At CGI, we find that collaboration in marketing and communications leads to better results as well. For "Inside Impact," Felix & Paul Studios, pioneers in live-action VR, provided technical and directorial expertise, while Matter Unlimited, a creative agency focused on social impact, offered storytelling and creative guidance. And our ongoing philanthropic work with Solar Sister, the Starkey Hearing Foundation and the Discovery Learning Alliance provided us with the real-life material to make a virtual yet compelling piece of art.

4. VR is too powerful to be taken lightly. VR is not just a trendy new way to view content. It's an entirely new medium with a unique way of transporting the viewer into a different place and time, sometimes with emotional results.

For example, viewers from Nairobi and Karatu told us that "Inside Impact" brought back sense memories. The film has even inspired tears. The immersive nature of VR requires that content creators apply an ethical lens to their plans before whisking viewers away to another world.

Even as best practices have emerged, part of VR's appeal is that its story is still being written. Feel free to experiment while keeping a strategic plan in mind. When done right -- and employed responsibly -- VR can deliver on the technology's promise as the "empathy machine." 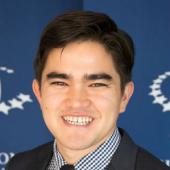 Bryan Mochizuki
Bryan Mochizuki was most recently director of marketing for the Clinton Global Initiative.
View all articles by this author