Sooner or later, most mobile site owners face the problem of monetizing their customers. There are numerous ways to earn money via mobile traffic, but right now we'll talk about publishers that prefer to make all the adjustments by themselves, using automation platforms.

Let's assume that our hypothetical site owner is past registration and integration, and has to decide what mobile ad format to choose. More often than not, publishers pick ad formats according to their personal preferences, plus a vague knowledge about the efficiency of those formats. BUT those personal preferences can be detached from the reality of mobile web advertising.

We've analyzed the data collected by Clickky's self-serve platform to see how the opinion of site owners concerning the best ad formats correlates to profitability.

Determining the efficiency of ad formats

"Which mobile ad format IS the most efficient?" is a tricky question. Any part of the question can be regarded as faulty, once you take a closer look.

We selected 500 random sites to determine the popularity of different mobile ad formats among the users registered on our self-serve platform, and we studied the efficiency of ad formats displayed on those 500 sites.

Here's what we found:

Dialog ads, expandable and rich media ad formats have had the highest CTR, while the more popular native and catfish received below-average CTR.

Therefore, from the publisher's point of view, the most profitable ad formats are (in descending order of popularity):

Of course, this research is not the ultimate cure, but it provides some valuable information for your consideration. The experience shows that site owners often make mistakes when choosing the most efficient ad formats. Always take into account the characteristics of the site and the mobile app categories. Don't be afraid to experiment -- try working with different partners and new formats. Focus on the solutions that have the widest pick of mobile ad formats. You should also incorporate an additional platform if the one you are currently using doesn't provide 100% of all existing mobile ad formats.

And don't forget about constantly optimizing the monetization process. 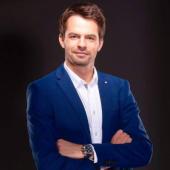