Content Marketing as Bernbach and Ogilvy Would Have Done It

The Best Content Marketing Today Lives Up to the Standards of Legendary Ad Men
READ THIS NEXT
You Can't Stop Instagram Bots by Looking. Brands Have to Stop Buying Them

Everybody's talking about the power of content, but is it something truly new, distinct from advertising, PR, direct or other disciplines? Without question, content marketing is a child of the digital/social media revolution, yet it also puts the principles of some of the greatest ad men to work in new ways.

Take the words of Bill Bernbach, a founder of legendary agency Doyle Dane Bernbach and leader of the creative revolution on behalf of Volkswagen ("Think Small"), Life cereal ("Mikey") and others: "All of us who professionally use the mass media are the shapers of society. We can vulgarize that society. We can brutalize it. Or we can help lift it onto a higher level."

The best content marketing does just that, and it does so by living up to another Bernbach principle: "You say something better if you have something to say." Now, that's a maxim that truly applies to the age of search, where Google's algorithm ranks the most engaging content (i.e., the most read, linked, shared) the highest.

So what happens when content marketing is directly promotional about products and services? At its best, it channels the advice of Bernbach's philosophical opposite, David Ogilvy, the genius behind the "Hathaway Man," the "Man from Schweppes" and "Pablo Casals is coming home -- to Puerto Rico."

As Ogilvy stated, "I do not regard advertising as entertainment or an art form, but as a medium of information. When I write an advertisement, I don't want you to tell me that you find it 'creative.' I want you to find it so interesting that you buy the product."

Ogilvy, it's well known, was a student of advertising, and especially admired the works of industry pioneer Claude Hopkins. In his book "Scientific Advertising," Hopkins wrote: "In fishing for buyers, as in fishing for bass, one should not reveal the hook." Such advice is even more timely today, when the current generation of consumers has developed an innate ability to detect salesmanship and tune it out, especially in the digital and social sphere. Content solves for this sensibility, beginning a conversation by sharing knowledge -- not marketing messages -- then builds the brand relationship with the most engaged.

What about today's most famous and popular Mad Man -- Don Draper? Oddly, his most quoted line is really about PR. "If you don't like what is being said, then change the conversation." PR shops have struggled with this challenge since first opening their doors over 100 years ago. Today, if brands feel they've gotten a bad shake with the major media, they can simply make their voice heard, just as BP, Walmart and others have done with branded content sites.

The best content campaigns, in sum, draw from, and even embody, the principles of great advertising and PR -- and take these ideas to their logical conclusions in ways that weren't previously possible. If Bernbach, Ogilvy and others were around today, they would be saying a resounding "yes" to the power of content. And putting it to work, too. 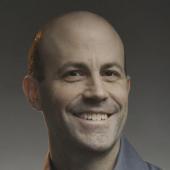 Mitch Stoller
Mitch Stoller is a founding partner of Group SJR, a content marketing agency based in New York.
Follow View all articles by this author