How Content Is Really Shared: Close Friends, Not 'Influencers'

The Best Way to 'Go Viral' Is Engage Millions Who Share In Small Networks
READ THIS NEXT
You Can't Stop Instagram Bots by Looking. Brands Have to Stop Buying Them
Jon Steinberg
Jack Krawczyk

There is little data to support so-called influencer behavior in social marketing. Rather, the data suggest that content and ideas online spread through large numbers of people sharing with small groups.

Engaged social users come to platforms like Buzzfeed and StumbleUpon to discover content to share with friends, family and colleagues. Together, we see more than 4 billion page views each month across a wide range of content types.

BuzzFeed and StumbleUpon see in practice a sharing behavior that mirrors the physical world and runs contrary to the marketing practice of seeking so-called influentials. Given the commonality of our findings and our shared belief that the future of media and online advertising is social, we combined our research efforts.

Our data show that online sharing, even at viral scale, takes place through many small groups, not via the single status post or tweet of a few influencers. While influential people may be able to reach a wide audience, their impact is short-lived. Content goes viral when it spreads beyond a particular sphere of influence and spreads across the social web via ordinarily people sharing with their friends.

At BuzzFeed, we looked at the 50 stories that had received the most Facebook traffic since mid-2007. A handful of these posts had millions of Facebook referrers, and even the smallest had nearly 100,000 Facebook views. But the median ratio of Facebook views to shares was merely 9-to-1.

This means that for every Facebook share, only nine people visited the story. Even the largest stories on Facebook are the product of lots of intimate sharing -- not one person sharing and hundreds of thousands of people clicking.

The median for Twitter was even lower, at 5-to-1. Reddit, which has traffic concentrated on its popular front page, had a median of only 36 .

We often compare sharing in social media to word-of -mouth, but when we recommend something through conversation, we don't use a bullhorn to spread our message. To get unique insight into the world of outbound sharing, StumbleUpon looked at a window of more than 5.5 million shares over the course of 45 days.

The results indicate that sharing directly with friends is the most common outlet for content. For each outbound share to a social-media outlet, a StumbleUpon user shared at least twice directly (via StumbleUpon or email). Intimate sharing outnumbered broadcasting by 2-to-1 on StumbleUpon.

What emerges is a picture of social networks where stories go viral when lots of people engage with their normal-sized circles to share content. The evidence suggests that the best way to "go viral" is to engage millions of users with great shareable content with the repeatable knowledge that they will share at reasonable interpersonal levels. This methodology doesn't rely on the risky or perhaps impossible task of finding theoretical influentials. It also supports work done by Duncan Watts, Principal Research Scientist at Yahoo! and Buzzfeed Science Advisor, and others on the limits of targeting "influentials."

Put simply, the vast majority of sharing occurs in the normal fashion evidenced in real-world word-of - mouth. Moreover, evidence suggests that this is especially true when it comes to the content that people find most engaging.

In looking to get content shared, marketers and publishers should focus on content that will resonate and get people talking to their colleagues, friends and families. Social media is about engaging people in conversations that mirror the offline world, as opposed to chasing mythical influentials.

ABOUT THE AUTHOR
Jon Steinberg is president of BuzzFeed. Jack Krawczyk is senior marketing manager at StumbleUpon. 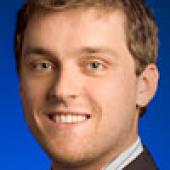 Jack Krawczyk
View all articles by this author 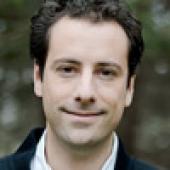 Jon Steinberg
View all articles by this author