Why the Industry Needs to Replace Cookies With People
READ THIS NEXT
You Can't Stop Instagram Bots by Looking. Brands Have to Stop Buying Them

Measuring online advertising today is like trying to boil a swimming pool with a Bunsen burner. It's hard. It's hard for a number of reasons, but the most difficult one -- and one which the industry is finally just beginning to recognize -- is that measurement today is about cookies, not people. Cookies don't cut it any more. It's imperative that we move toward people-based measurement -- and soon. People-based measurement gives marketers both accuracy and transparency, and has the added benefit of eliminating wasteful spending.

Back in the mid-1990s, when a fully tricked-out Dell sold for $4,400, very few people owned more than one computer. Forget about the fact that smartphones were still a decade out from being developed. At the time, the cookie was a reasonable approximation of a person for measurement purposes because most people were associated with a single browser and a single device.

Fast forward to 2014. Many of us now have a computer at both home and work, a tablet at home, and a device in our pocket. Using these devices, we now access the web through a myriad of apps and browsers, each one creating digital cookie crumbs for advertisers. There is no guaranteed link between these devices that gives marketers an idea of your interests and demographics. Because one cookie is dropped per browser, per device, cookie-based measurement on its own is misleading at best.

Let's look at some data to back this up: We looked at 500 million Atlas cookies during a six-week window in November and December. On a single day, the relationship between cookies and people was reasonably stable. Ninety-three percent of people were associated with only one Atlas cookie. But this relationship breaks down quickly as people use multiple devices at work and at home. Over a six-week period, half of the people reached by an Atlas campaign were reached on more than one device. In other words, for roughly half of the population measured, the one-to-one relationship between cookie and person was broken, distorting the measurement of audience reach and frequency.

Here's my prediction: We'll look at cookie-based measurement in two years the same way we look at a tricked-out 1992 Dell today -- antiquated and inefficient. Alternatives to cookies such as device IDs and stable IDs (the latter of which we define as an ID that has been used at least once in the last 30 days and is tied to one person rather than multiple devices and browsers) will be the way that marketers measure campaigns. This is the future of measurement, especially in today's mobile world.

In the very near future, cookies will remain a common currency among publishers, agencies, ad tech and measurement companies -- but I'm optimistic this will change as the industry more widely recognizes that people-based measurement tools can accurately reach people across multiple devices with the right number and types of messages. We have our work cut out to overcome the limitations of cookies, ­and, equally importantly, to compensate for their imperfections through meaningful measurement of how ads perform across devices.

Until the industry adopts a universal standard by which to measure people, it's our collective responsibility to educate all advertising stakeholders about the key differences between people and cookies. And to practice what we preach, we'll be rolling out a new people-based measurement capability soon.

At the end of the day, a marketer's most basic question is "Did I reach the right people and does my advertising work?" While cookies are around today and are still critical to web-based measurement, I'd be surprised if they're even half as important a year from now. 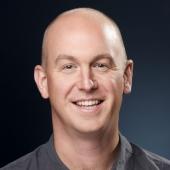