Filling the Industry With Actuaries and Wall Street-ers Isn't Going to Make Online Advertising Better
READ THIS NEXT
You Can't Stop Instagram Bots by Looking. Brands Have to Stop Buying Them
Ever notice that in online advertising no one talks about the message? It's all about the mechanics, how an ad is bought, served, delivered because that's where the cool money is. Even though the supporting technology and platforms have never been more abundant, capable, efficient and smart, we remain a math state, which ultimately will backfire and dumb down the agency ranks.

Think about how we got here … The internet before the crash-and-burn in the early 2000s was all about the message, the creative. Then, as we rose back out of the ashes in 2003-2004, spending confidence was spurred by a focus on performance ads and paid search, exhilarated by the new mechanics of digital media.

At the same time, ad networks persisted as a sales channel for major online publishers to dump remnant inventory and also for smaller publishers with no sales force to move their inventory. But the focus by the networks on flipping non-premium, remnant inventory that they had bought low and bundled around desirable "audience profiles" -- didn't quite pan out.

It eventually became an economic problem in our industry hyper-obsessed with mass-buy efficiency and ROI. As we all know, the resulting glut of non-premium, remnant and non-guaranteed inventory in this space caused supply to surge and drive down pricing in the market.

Ad exchanges eventually emerged to attempt to make things right -- by installing an efficiency mechanic. Exchanges were the entity that effectively established what we now know as auction-based pricing -- a much more efficient way to buy media, a mode that was quickly becoming the desired, constant buying state. Next up, DSPs would step out and take on the audience-profiling and intelligence claim and attempt to help us finally be able to truly "buy audience" and not just media -- combining purported efficiencies of Real Time Bidding (RTB) with a more robust audience-intelligence data aptitude.

There is no doubt that the past two years have represented an especially frothy period for bidded media. Our zeal has been at an all-time high -- with more publishers dedicating inventory to RTB and with the buying side preparing for an RTB world. The obsession is certifiable. But, it is this obsession that obscures the purpose of any kind of marketing: to create a compelling message for consumers.

With our hyper-focus on efficiency, mastery of the mechanics, tuning of the tools set -- what can we really expect to do long-term for the brand? Even though they all have certain performance goals and sales targets, was the brand marketer's ultimate goal always such large-scale ROI? What about competitive marketshare; brand visibility; consumer advocacy; and so on? The way we operate now suggests that mass efficiency and uber ROI are the only imperatives. This cannot be an authentic long-standing objective that clients really have in their heart of hearts. We absolutely bred that beast with our math and our fancy tools.

What are we doing to ourselves?
What happens to the professional brain then? First, hiring looks different. The new "RTB reality" loves the smarty-pants search-marketing professional; an agency is wise to hire search talent, someone who has been on the frontlines of bid management and high-volume campaign optimization. Other hot prospects for staffing up include former Wall Street-ers, analysts, and actuaries. Titles and org charts have changed to hold these roles. Certain skills sets and brains wired for math can and do prevail in this environment. As long as they stay and deliver from within their box.

But what about the talent already on-board -- those who entered the world of digital marketing and advertising to move around outside the box? To collaborate on great client work, learn strategy and planning, get trained on new approaches and methodologies, tell stories across platforms? The agency workflow of not too distant yesteryear entailed research, discovery, brainstorming, strategy, media and creative briefings, planning and buying, execution and optimization. There was a lot of opportunity for intellectual stimulation, exercising the imagination and getting visibility for one's work. That has all changed.

Now, so much more goes on at the dashboard, on the trading desk, and in the backroom that is solely about the math. We reward the mathematician who can quietly, ably return the ROI sought or postured by the increasingly mechanical client. Is really good math now good enough to count as strategy? This "Math State" is dangerous. This commoditized state makes our agencies and our teams more disposable than ever before. And when all is said and done -- probably dumber. 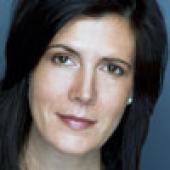 Kendall Allen
View all articles by this author