How Data and Editorial Teams Can Work Together

Five Strategies to Integrate Data and Editorial at Publishing Companies
READ THIS NEXT
You Can't Stop Instagram Bots by Looking. Brands Have to Stop Buying Them

For publishers today, data has become the key to competitive advantage. But executing against data has traditionally been a challenge. Only in recent years has the publishing industry invested in the technology required to make sense of data's complexity and volume. It speaks to a culture shift, with publishers realizing the need to be more than just content players. We must be technologists in order to survive. We're seeing that pay off now, through data-first publishers like Vocativ and BuzzFeed.

Data is ushering in a new wave of benefits for the publishing industry, including the ability to help publishers identify relevant content, create better content and develop a true user-first approach. For legacy news media, the ability to identify and break stories that drive traffic and scale is critical. Data teams can analyze web patterns and other online activity to determine and even predict stories in their infancy that might have been overlooked by a team of editors.

Publishers have more data on their readers than ever before, whether it be through proprietary means or third parties. As a result, it's now possible to bracket readers by interests to make ultra-refined content recommendations, pushing media the way that Amazon might push products or Netflix promote videos.

But as more publishers take advantage of data to gain a competitve lead, new challenges are emerging, especially for legacy players.

With technology adoption increasing and in-house data teams becoming common, ensuring that these new resources operate well among long-standing editorial teams is the key to making a data strategy work.

I've been helping to lead our own data-editorial integration at Purch for the past year. Here are some of the more important lessons learned during that process:

1. Understand data's role. Data informs editorial decisions. It shouldn't define them. A content strategy needs to be shepherded by content creators -- those with expertise in creating high-quality content that traffic drivers such as Google or Facebook reward. If you let data lead editorial, you might see some short-term gains in scale, but, long-term, you're more likely to be punished. Take Panda, Google's search algorithm. Panda weeds out sites that might be optimized for SEO but feature thin, low-quality content. The publishers most affected put data first and don't feature strong editorial.

2. Put editorial at ease. For legacy publishers with established editorial teams, integrating with data can seem like an affront to their livelihood. That's why publishers need to be clear from the beginning -- that data is a tool to support editorial and make it stronger. By communicating this well, you give your teams peace of mind and clarity on their roles. You can also avoid silo-building and encourage collaboration.

3. Communicate the benefits. It's important to highlight just how the data team will benefit the editorial arm to get buy-in. You have to sell the potential, both at a general level -- identifying stories, better content, user-first approach, etc. -- but also in detail, by looking at actual, high-quality editorial content that could have performed better with data analysis supporting it (e.g., "If this piece was published in May instead of June, its reach would have tripled").

4. Remove barriers to collaboration. At Purch, we have weekly meetings with our editorial and data teams to discuss our successes and failures. We're big on video conferencing to remove the physical barriers between team members. We also brainstorm together. These two teams have their own languages and identities, which can lead to silos rather quickly. Eliminate any potential barriers -- physical, cultural, etc. -- to build mutually beneficial relationships.

5. Writers are not data scientists. Many data-minded publishers are eager to highlight when they've made their analytics tools available to editorial. This helps editorial better understand the data team's role while also giving the writers first-hand insight into what content works or fails. To a point. Editorial members aren't data scientists. Giving them access to data without greater context provided through experience can cause them to waste time chasing the wrong metrics when creating stories or content. You have a data team for a reason, so use them.

In the end, data is the go-to asset for competitive advantage in modern publishing. The benefits are great, but as adoption grows, marrying new data teams with old guard editorial requires a thoughtful approach. Adding data to the mix needs to be carefully sold and implemented internally or else the idea can stumble and lose traction before it even begins. 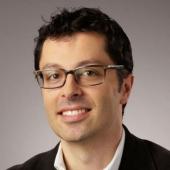 Antoine Boulin
Antoine Boulin is president of media at Purch (formerly TechMedia Network), a digital content and services company.
View all articles by this author