Just prior to becoming a parent, I read an article in the New York Times on how electronic devices redefine family quality time. It described a family of four retreating to their living room after dinner. Dad watched an NCAA game on his laptop while mom caught up on fashion news on her iPad. Their 10-year-old daughter played on her iPad Touch; her brother played a Wii game on the TV.

What stuck me about this article is the appeal various technologies have to different generations, and how that leads to vastly different consumption patterns. Baby Boomers tend to watch TV live (i.e. "traditional") and via a DVR services. Ditto the 35 to 55 set, although many prefer to catch their favorite shows via an OTT service. Younger generations are cord-cutters. My 3-year-old son prefers the iPad to TV.

Despite what many believe, all of these screens haven't obliterated family time, they simply changed our behavior when we want to do our own thing. Rather than retreat to our rooms, we can do our own thing together. What's more, all these screens give advertisers ample opportunity to target families with ads for new cars and family vacations, and to prompt various family members to serve as brand advocates. They just need to be smarter about it. Instead of thinking about the family only when they sit down together, they need to think about family members as individuals with unique habits. That's why the Acxioms and the Nielsens of the world are more relevant than ever.

Let's say I'm CEO of Reid Motor Company and I want moms to purchase my new minivan. Auto marketers know that although it's mom's decision, the rest of the family will weigh in. She's interested in safety features, but dad is impressed with innovation. The kids want the bells and whistles that'll keep them entertained on long drives. What should my campaign look like? That depends on the time, device and target audience.

I might start with an ad that's shown on TV via OTT on Sunday night, when everyone watches the same show. That creative might include messages that appeal to all family members. Later on, I'll target them individually, with ads customized by how each family member will experience the car.

For instance, I'll target mom with a long-form video highlighting our advances in auto safety via her iPad, after dinner. I'll target the kids with ads featuring the personalized DVD screens and game consoles when they're online after school. And I'll target dad with a Spotify ad promoting my fuel-injection system during his morning commute.

How do I know when to show which ad to which user on which device? Defining a household is really hard: families share an IP range, as do people who are roommates or live in separate units within the same building. With so many possibilities, targeting families in particular becomes a struggle.

Social media sites like Facebook have massive data on family and social relationships, as do Acxiom and Experian . How do we tap into this data in a privacy-friendly way? For now, the OTT route, which leverages the intersection of content type and behavioral patterns, is probably the best way to address households. Bringing together social and techno-graphs will allow marketers to communicate in a more nuanced and cohesive way than they do today.

Which companies can make that possible for marketers? Here's where I look to first-generation companies, such as TapAd, Neustar, Acxiom and Nielsen. These companies have always excelled at knitting together myriad data points to create highly nuanced personas of consumers and households. They're masters at probabilistic profiling. What's more, over the past few years, they've reinvented their business and selling models, moving beyond the persona lists that they hand over to marketers. Today, they're involved in transactions and programmatic, and that's game-changing. Here's why: If we know a household represents a family with an auto-intender mom, and we also now that they've seen my Sunday-night ad, my next question is, Can I determine this tablet user, using the MTA's Wi-Fi at 8:00 a.m. the next day, is dad?

I believe these companies can help me make that determination because they're ingesting and profiling massive amounts of data, and monetizing it in a services mode (i.e. offering their profiles on a per-impression basis). And that helps marketers tell a bigger brand story by targeting the right demographic, on the right device, with a custom message. 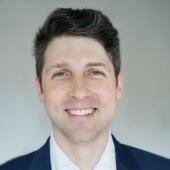 Benjamin Reid
Benjamin Reid is founder of Elasticiti.
Follow View all articles by this author