Digital Ad Fraud: We Need an Intervention, Not a Committee | Ad Age
Skip to main content
Sign In Register

Digital Ad Fraud: We Need an Intervention, Not a Committee

READ THIS NEXT
You Can't Stop Instagram Bots by Looking. Brands Have to Stop Buying Them
'A camel is a horse designed by committee,' the saying goes.
Credit: iStock

"If you see a snake, just kill it -- don't appoint a committee on snakes." -- Ross Perot

The digital media marketplace is overrun with snakes ... and the Association of National Advertisers is proposing the formation of a committee to solve it.

Digital advertising's "chaotic supply chain problems" (the prevailing euphemism for fraud, malware, bots and ad-blockers) have reached epidemic levels. And while digital media spending is projected to surpass TV in 2017, the annual cost of fraud and waste grows even faster, totalling billions of dollars in the United States alone. A quick update on just several of the numbers:

ANA CEO Bob Liodice described the industry as currently "unproductive, unsustainable and undesirable." He delivered this harsh, yet honest industry assessment, but then disconcertingly recommended forming a committee to solve it. The new "initiative" calls on CMOs to join in a unified leadership effort to transform the marketing industry. This "Masters Circle" will attempt to address industry challenges such as talent supply, privacy, ad fraud, ad blocking, viewability and transparency. Laudable goals, to be sure, but inadequate for the current crisis. Rome is in danger of burning to the ground. Decisive action, not committees are needed.

The first step towards a solution is acknowledging there's a problem.

The final step in the digital advertising recovery process may require quitting.

CMO's are reportedly now the most likely C-suite players to get fired when companies miss their growth targets. Yet they continue to approve digital media spending increases, while still struggling to attach any ROI to a major budget expense. Furthermore, the long-term, brand-building capacity of many platforms is unclear.

Don't hesitate to kill the snake, i.e. eliminate the ineffective and fraud-filled digital advertising spending, and take those dollars to the bottom line. 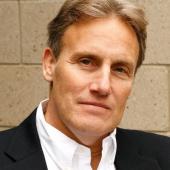 Tom Hinkes
Tom Hinkes is principal consultant at OutBranding Results, a brand and strategy consultancy.
View all articles by this author