Digital Publishers: It's Time to Think About Paying to Promote Content

Digital Content Producers Are Holding Onto Analog Values
READ THIS NEXT
You Can't Stop Instagram Bots by Looking. Brands Have to Stop Buying Them

There is a long-held belief among content publishers -- including many we are partnered with -- that they shouldn't pay to amplify their content. Their clear aversion most often comes from some dogmatic belief that quality content doesn't require paid promotion. For them, paying to promote content would reflect negatively on their content and editorial integrity.

While some publishers are paying to promote content on Facebook and other channels, there is still a widely-held stigma that is associated with paying for content. And even among those publishers that do pay for content promotion, many are doing so as a defensive tactic rather than as an offensive tactic -- often to shore up dipping traffic numbers.

It's interesting to note that no content producer in any other media holds these beliefs. Whether it's TV, film or music, a core part of those producers' strategies is to invest heavily in the marketing of their products. On most TV channels, for example, one of the largest advertisers will be the channel itself, promoting its own shows. The same is true in any industry, not just in media: When a business launches a new product, it invests in marketing. For an online publisher, that product is content.

One of the dynamics of digital content that makes intelligent paid amplification so important is that digital content is a game of winners. Publishers derive most of their traffic from a small percentage of content, just as Hollywood generates most of its earnings from a few blockbusters, and LiveNation makes most of its money from a handful of artists. While we once thought that the democratization of content creation would create monetary value in the long tail, it simply hasn't played out that way for most publishers. For our partners -- be they brands or publishers -- we see that about 10% of content drives 90% of their traffic and engagement.

If your traffic is spread across a large percentage of your content, it doesn't necessarily mean you have a well-diversified library. Rather, it means you're likely leaving value on the table that could be extracted from your winners. When you choose not to invest to promote your highest-potential content, you're essentially assuming that organic channels are sufficient to reach the fully addressable audience for your content. Even "Breaking Bad," a word-of-mouth and earned-media darling, benefited from distribution through Netflix and spent significantly on advertising each new season of the program. Without this investment, the show may never have built up the massive audience it enjoyed for its final season.

If you have a great product, then invest in it. Get it in front of the widest addressable audience possible, which is both a benefit for your potential readers and also for your business goals.

So this begs the question: Where does this long-held aversion to promoting content come from? What makes online publishers so different from content creators of other formats?

Our values are often the byproducts of our environments -- and sometimes of our constraints. In the shift from analog to digital, the products produced by film, television and music companies haven't changed. It's still the movie, the show and the single that's being sold.

This isn't the case for online publishers. In an analog world, a publisher's product wasn't an individual article, but rather, a bundled package of content. You couldn't sell a single story to a reader, even if you wanted to. Instead, you had to sell the entire newspaper or magazine, which elevated the importance of the publisher's overall brand, far beyond the value of any single piece of content contained within.

The move to digital has changed this model. Today, articles are unbundled from the constraints of a physical product, and each story can stand on its own. In an analog world, there was only the front door. In a digital world, endless "side doors" appear, providing publishers with an opportunity to promote each piece of content on its own merits and reap the full benefits of their winners.

The laws of numbers for content and digital distribution are well established. A small percentage of content will drive the lion's share of a site's page views and engagement. Online publishers who continue to oppose investing in their product need to question where those beliefs come from. Perhaps more importantly, publishers need to ask themselves what is the opportunity cost for holding on to analog values in a digital age. 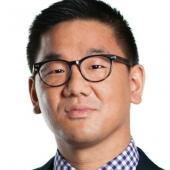 Edward Kim
Edward Kim is CEO of SimpleReach, an online content measurement and distribution company.
View all articles by this author