Why Advertisers, Agencies and Traditional Media Companies Shouldn't Ignore the Changing Landscape
READ THIS NEXT
You Can't Stop Instagram Bots by Looking. Brands Have to Stop Buying Them
Shiv Singh
Credit:

If there's any sign that the media ecosystem is on the verge of dramatic change, then these four digital trends bubbling to the surface are the latest proof points of that . These aren't random trends but are illustrative of tectonic shifts that will change the media business dramatically. Tectonic shifts of the type that we have witnessed in the music and book publishing businesses with the rise of the internet. Shifts that won't change the media landscape in time for the next upfront, but will reshape the landscape over the next five years. Here they are and what they mean for advertisers, agencies and the traditional media companies alike.

It is easy to confuse the NBC Olympics prime-time ratings for validation of their Olympics broadcasting strategy. But just because the ratings were off the charts, it doesn't mean that the audiences were happy. I believe all it showed was that the Olympics are more popular than ever and not NBC's broadcasting strategy -- an opinion that the Twitter conversations identified and a more recent Gallup poll corroborated. While the NBC broadcast strategy may have been about raw economics, it was a big reputation hit. And while ratings drive a business today, its reputation drives it tomorrow.

The problem is that NBC tried to ignore the real-time feedback loops. Even if a much smaller percentage of your audience watches something in real-time, it doesn't mean that the rest didn't want the option to do so. This is because they are forced to participate in the real-time feedback loops through their social networks whether they like it or not. Especially with sporting events, reality TV and breaking news, nothing can be saved for prime-time alone anymore. This is going to have significant implications in how programming is scheduled, viewers are kept engaged and advertiser demands are met. You can't turn off the real-time feedback loops and if you hold off the actual broadcast, your audiences will revolt.

Just as there's an important lesson to be learnt from #NBCfail, there's another one to be drawn from #takemymoneyhbo. For those of you not familiar with the hashtag, a group of citizens petitioned HBO to allow them to sign up for HBO Go without needing to be subscribers of a cable TV provider. They were willing to pay $10-$15 a month just for HBO Go. HBO Go allows you to stream your HBO programming (plus all episode archives) to any digital device via the internet or through a cellphone signal.

The way we pay and consume media digitally is dramatically different to how we're being asked to do so via cable operators. When you watch something online you're not expecting to pay for 299 other channels. Nor are you expecting to sign up with a service for a month (at roughly $100 that , too). You're getting TV a la carte. As a result, our expectations of TV service have changed, too. The HBO Go petition embodies that expectation. People want to cut the cord while seeking greater connectivity just to the content they care for. Cable and media companies have to find a way to catch up to that future by building out the right revenue models to support it. To HBO's credit, they made a great leap forward with HBO Go but it is obviously not enough.

3. Snacking, recording and pinning all media

The other night I saw a "Daily Show" episode in which Chris Rock and Jon Stewart were lamenting the fact that standup comedy wasn't the same anymore. In the good old days you could create material that would last you months if not years. Material used once could be repurposed again and again for new audiences in different locations and cities. As long as the audience was hearing the jokes for the first time, all was good. However, with cellphone cameras and YouTube, once a joke is uttered many more people than intended view it. This puts incredible pressure on the comedians to keep producing fresh material, which both Chris Rock and Jon Stewart worried (jokingly?), wasn't sustainable.

There's a larger point here and one not just for the aspiring stand-up comedians among us. It is about the nature of snacking and pinning. We've seen this with Flipboard, YouTube, Pinterest and now video services too. Media is snacked upon in bite-sized fashion but even more so it is being recorded and pinned into new spaces all the time, changing the very nature of media discovery, content freshness, composition and badging. This user behavior has even reached television too. We're treating media as ingredients for our own, personal narratives vs. finished products to be consumed passively. As a result, advertisers will rightfully want to be associated with the pinning activity vs. the ingredients behind it. Shows will be publicized through pinning activity and consumers will yearn to be able to slice and dice the content in new ways.

The sales teams and lawyers at media companies will hate this until new business models are built around this user behavior too. Content creators will be nervous also. But this is coming to all of us and it is going to change the nature of what constitutes content. Audiences have become participants for better or worse.

The explosion of digital is complicating the lives of marketers. It begins with the realization that it is getting possible for marketers to produce original programming and distribute them without the active support of a media company. This may not seem to be on comparable scale to anything happening in the television ecosystem but that 's changing.

Call it a return to the branded content business. Or a recognition that consumers don't care who created the content as long as it's good, but some brands like Nike , Virgin, American Express and even Intel are moving aggressively in this direction. Others will follow as brand-led YouTube pages; websites and mobile applications compete for more and more attention and deliver on scale based on the quality of their content. Brands will become not just publishers but producers too.

The relationship between the media company, the advertising agencies, the media buyers and the brands will evolve through this. This isn't a mutually exclusive. Media companies have special relationships with their consumers that brands will always want to tap into. But it won't be the only way to reach consumers. That's for certain. One small example of this is something that we at Pepsi are doing on August 14th at 9:30pm EST. We're running a Twitter fuelled live stream concert starring Nicki Minaj available at twitter.com/pepsi and pepsi.com. We're doing event in close partnership with our partners in the media ecosystem, but the way we're doing this is different to our relationships with them in the past.

When you're playing the prediction game it is always much easier to determine what to predict vs. when it's going to hit. That's the case here; we're seeing these shifts starting to take place, when they scale up is anybody's guess. But it behooves anyone connected to the media ecosystem to pay close attention to them. The trends of real-time feedback loops, cutting the cord but not the content, the pinning of media and branded content are all about to hit you. And if you're not ready for them, you'll become the Borders, the Blockbuster or the Sony Walkman of the media business.

Shiv Singh is global head of digital for PepsiCo Beverages (across paid, owned and social media), where he drives the company's digital marketing agenda. Prior to PepsiCo Shiv worked at Razorfish for over twelve years serving most recently as VP, Global Social Media Lead. He is author of "Social Media Marketing for Dummies." You can follow him on Twitter at @shivsingh. 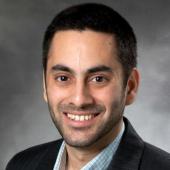 Shiv Singh
Shiv Singh is senior VP-global head of digital and marketing transformation at Visa Inc. and author of "Social Media Marketing for Dummies."
Follow View all articles by this author