More Effective Native Advertising Is a Solution to Ad Blockers

Advertisers Need to Create Ads That Gives Value to Consumers
READ THIS NEXT
You Can't Stop Instagram Bots by Looking. Brands Have to Stop Buying Them

If you believe what you read, and what you hear at events like the IAB's Annual Leadership Meeting, ad blocking is an existential crisis for the advertising industry, and even more so for the content publishing industry. At the aforementioned meeting, Article 19 of the Universal Declaration of Human Rights was even invoked, as evidence that ad blockers are destroying "the virtuous cycle that links freedom to advertise to freedom of the press to freedom of expression to economic freedom." Now that is a lot of freedoms. The implication is that unless ad blockers are put back in their box, the whole underpinning of the First Amendment of the U.S. Constitution, and our whole way of life, will be insidiously eroded.

But what about another freedom? What about our freedom to not be annoyed by content we don't want to see or hear? I signed up for the "Do Not Call" directory for that exact reason. I'm sure many of you did, too. I now realize that I trampled on the right of free speech inherent to telemarketers. I won't lose sleep over it.

To a large degree, all this talk of getting rid of ad blockers is pointless. If content publishers can block the blockers, great, they should. It makes economic sense for them. But in the end, it is not the ad blockers they should be concerned about. It is the people using them, the people who want them -- their readers and viewers (i.e., you and me).

The reality is that most people find ads annoying and don't want precious moments of their day wasted with advertising dreck. This desire is even more acute with younger readers. In a recent class of college advertising majors, I asked how many used ad blockers. More than half of the class raised their hands -- and they want to work in advertising! I asked if they saw any conflict here. Their answer: "Not really. Great ads are always shared with us on social media, but we want to block the crap that wastes our time."

A recent study of 9,000 people conducted by video ad-tech company Teads found that that three out of four people were motivated to install ad blockers because of the intrusiveness of the ads, more than other motivators such as data usage or speed. Importantly, almost 45% of mobile ad-blocking users said they found out about the software from their friends through word of mouth or social media. The demand is being driven by a groundswell from average readers and viewers, not from some highly sophisticated marketing program perpetuated by ad-blocking companies.

Rather than solve the underlying problem, publishers and advertising agencies are engaging in inflamed polemics. Ben Barokas, CEO of Sourcepoint, which allows content owners to track and fight ad blockers, recently accused Adblock Plus of "raping and pillaging" content creators. Similarly, one reporter described Adblock Plus as "a mafia-like advertising network." Instead, advertisers should find ways to create ads that add value for consumers.

Paul Silverman, executive director at Team One in Los Angeles, reflected the opinion of many top advertising agency executives when he recently told me, "If we want to ultimately influence an audience to pay attention to our marketing messages, then we best stop complaining about ad blocking and start being smarter and a heck of a lot more creative."

In certain circles, native advertising is inveighed with as much hostility as ad blockers are in publishing circles. And it is hard to argue with. Most native advertising leaves a lot to be desired. But when it is done with as much flair, relevance and journalistic integrity as the WSJ/Netflix effort, it is a beautiful thing to see, which readers want to read and which ad blockers have no interest in blocking.

Other solutions are the tried-and-true, which everyone points to but few can do because they are hard. First, make advertising that is so riveting that people want to seek it out and share it. I don't care how many times an ad blocker blocks Extra Gum's "Story of Sarah and Juan," it will still get millions of views (18 million and counting to date on YouTube alone). Second, take a note from SapientNitro's storyscaping strategy: Create an online advertising experience people want to immerse themselves in because it makes their personal story more interesting.

As Mike Cooper, worldwide CEO of PHD Media, told me, "Smarter advertisers figured out a long time ago that it's more important, and much more effective, to engage with consumers rather than interrupt them. The best campaigns today give consumers a compelling reason to want to watch or listen. This approach is reflected in the most awarded campaigns at the major advertising shows."

Or, let's just keep vilifying ad blockers who are giving consumers exactly what they want. 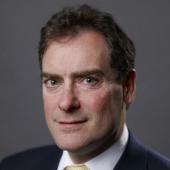