Mid-Roll Video Ads Show a Disconnect With Changing Audience Habits
READ THIS NEXT
You Can't Stop Instagram Bots by Looking. Brands Have to Stop Buying Them

With Facebook announcing mid-roll ads for Facebook Live, the social network is showing a startling disconnect with how much consumer engagement has changed. 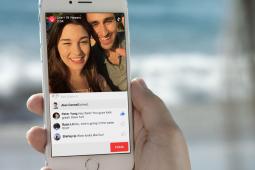 Essentially, the concept strives to resurrect the 20th-century TV broadcasting model within the context of a 21st-century social network. Having just recently started testing mid-roll ads, Facebook Live wagers that viewers who log onto the site to see photos and updates from family and friends will not only want to watch live broadcasts -- but will also stay tuned for the ads that scroll in the midst of the live programming.

Here's why it doesn't translate.

In a world of ad blockers and multiple screens, you simply can't force engagement.

Unlike in the past, families today are more likely to be sitting around the living room, each holding their own smartphone, tablet or other device. Mom might be on Facebook, while the kids are on Snapchat and Dad is streaming Netflix on his tablet, each immersed in their own individual viewing experience -- one in which ads might not be part of the equation.

If they are not among the more than 415 million people -- nearly a quarter of the world's smartphone owners -- who use ad blockers on their mobile devices, marketers still cannot presume that Facebook Live viewers will attend to or engage with mid-roll ad content. Viewers today are likely to use the ad break as a chance to quickly catch a passing Pokemon rather than to actually engage with a disruptive ad.

Audiences are now accustomed to having control over the content they consume, and you can't put that genie back in the box. In the limited attention span viewers might be bringing to a Facebook Live video, it is unlikely they will choose to engage with marketing content.

With Facebook Live ads, the irony is that advertisers might actually be lucky if audiences skip their ads during a live broadcast.

For example, Facebook's recent move to prioritize posts shared by family and friends on users' news feeds over content from publishers was recently cited as a cause for concern. The Wall Street Journal referenced the NFL could potentially "worry that a guy in his basement talking about the New England Patriots would get the same exposure as a clip of a press conference by Patriots coach Bill Belichick."

Meanwhile, The New York Times' Public Editor recently rang an alarm bell over video quality, noting that the high volume of videos the Times needs to produce per its deal with Facebook -- an average of four videos per day, about 120 videos a month -- doesn't always lend itself to high-quality content. "Too many (Facebook Live videos) don't live up to the journalistic quality one typically associates with The New York Times," the editor noted, saying that "…the world has a glut of bad video and not enough of the kind The Times is capable of producing."

Add to that the additional concern over Facebook Live's potential to be used to cover breaking news. The Facebook Live paradigm makes it difficult to ensure premium contextual relevance, or worse, could result in content appearing in potentially controversial or inappropriate environments.

Long gone are the days of "The Ed Sullivan Show." Families gathering around the TV at the same time and watching a broadcast and its ads in its entirety is a far cry from today's streaming, binge-watching and multiple screen world. Meanwhile, innovations like Facebook Live mean that everyone can be a broadcaster, which can yield serious implications when it comes to context. These 21st century realities mean Facebook Live's introduction of mid-stream ads seems like an unlikely model for the future of successful advertising in social media. 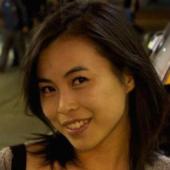