Changes to 'Places' and 'Deals' Make Social Network More Useful for Big Brands With Many Locations
READ THIS NEXT
You Can't Stop Instagram Bots by Looking. Brands Have to Stop Buying Them
Michael Lazerow

Almost a year ago Facebook CEO Mark Zuckerberg took to the stage at the company's Palo Alto headquarters and launched Facebook Places. As go most Facebook product releases, Places was a bit immature to start. Read API access was limited, write API access was non-existent and information on how to claim a Place was difficult to find.

Over the next few months Facebook iterated as usual and began to expand its APIs and allow developers to manage new place creation and check-ins. Then, in November 2010, Facebook announced Deals, which enabled location owners to create deals, which could be used after checking in. But again, API access to Deals was limited to non-existent.

This week, Facebook Places and Deals are getting a major boost in functionality as well as a ton of developer love. Here's what's happening.

Parent/child relationship
One of the biggest complaints with Facebook Places is that it was nearly impossible for a large company to manage all of its individual locations or franchises. Those locations were created by individuals from the franchise/location and thus managed individually. Now, with Facebook's new Parent/Child Relationship manager, these large companies can take control.

Best of all, when a user checks in to a Child Place, that will count towards the Parent Place total check-ins!

Deals API
In addition, Facebook is rolling out their deals creation API. What's especially interesting about this API is it allows developers to create 'prototype' deals, which can be re-used at scale. For example, Subway can create a deal and install that deal at all of its locations in one process instead of having to manage each location individually. This is huge for brand marketers.

What does this all mean?
It means that Facebook is getting serious with large franchise organizations, as well as continuing to position themselves as a competitor to Twitter and Foursquare in the location and check-in in business. Facebook is making large strides here to help franchise organizations build their presences and get deals out to their customers. It's bringing businesses into the social graph and linking them up the way people traditionally search: by location.

The result should mean a huge increase in Places adoption and continue to prove how important it is for brands and companies to build robust presences on Facebook. 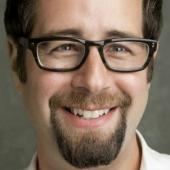